Today, James Bond fans are rejoicing. Sam Mendes is returning to direct another film in the franchise. Find out why he changed his firm “no” into a definite “yes”. 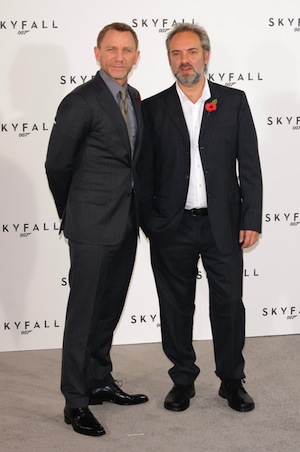 Sam Mendes just can’t get enough of James Bond. The acclaimed director is returning for another round of 007 action. You might be asking yourself, “Didn’t he already decline the sequel?” Yes he did, but he’s changed his mind.

According to the Hollywood Reporter, the director has backtracked on his previous statements regarding the job. Four months ago, it sounded as if Mendes had other projects on his mind.

When asked about doing a second Bond film he told Empire Magazine, “Directing Skyfall was one of the best experiences of my professional life. But I have theater and other commitments, including productions of Charlie and the Chocolate Factory and King Lear, that need my complete focus over the next year and beyond.”

Director Sam Mendes says no to the next Bond film >>

Skyfall was a huge success, outshining Daniel Craig‘s previous entries. Not only was it commercially successful, but it was a critical hit. It won two Oscars for Best Original Song and Editing. If it ain’t broke, why fix it? The film’s producers heard his cries and made the necessary adjustments.

In an official statement, Mendes revealed, “I am very pleased that by giving me the time I need to honor all my theater commitments, the producers have made it possible for me to direct Bond 24. I very much look forward to taking up the reins again, and to working with Daniel Craig, Michael G. Wilson and Barbara Broccoli for a second time.”

The next Bond adventure is scheduled to hit theaters Nov. 6, 2015.