In an elimination no one saw coming, MasterChef Season 4 frontrunner Lynn Chyi got chopped last night after baked goods got the best of him. During a Q & A sesh that makes us even sadder to see him go, the San Diego native lets us grill him.

Related story A Lot of People (aka, MasterChef Fans) Are Upset With Prince Charles Right Now 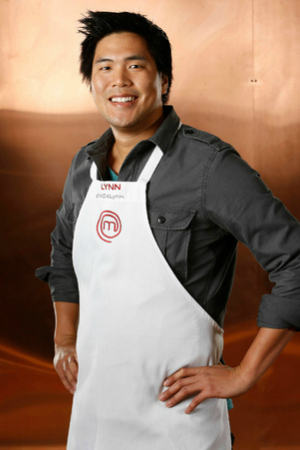 SheKnows: I made my way to your blog earlier, and — in addition to food — are you seriously also a super-talented designer and photographer?

Lynn Chyi: I don’t know if I consider myself super-talented, but I definitely consider myself pretty good at what I do. And I love it, so I’m always combing through my craft. Food just happens to be kind of in the target of my lenses right now, and it’s great — everything I do happens to be associated with food outside of my normal nine-to-five job.

SK: Let me assure you, you are super-talented! What makes food so special to you?

LC: I think food is just kind of one of those things where it is universal. I don’t have to create a conversation with a person to tell them I love them — you know, I can cook them a good meal. I can serve them with what I have in my house, invite them over for dinner. If they don’t want to talk very much during dinner and they are more concentrated on the food, knowing that I put all of that love into it for them, that’s a really good way to connect with people. And it really doesn’t matter who they are, what background they’re from, how old they are… it’s a great way to serve people and to really love them. So you might not have a whole lot in common with them, but everybody eats, right?

SK: Well, what are the first three words that pop into your head when I say MasterChef?

LC: I actually didn’t watch, to tell you the truth. You know, the thing with MasterChef and watching it back is it’s like going in a time machine and re-living the exact moment, and it kind of dropped off my radar how bad my last dish was. So I was OK with it, and then when I had a chance to re-live it by watching it, I chose not to because I think it would have been too much for me to bear. I was not upset about leaving, but I was a little upset about the way I performed that day. I mean, we’re all competitors on the show, so I think everybody kind of feels that way when they leave. So, for me, I chose not to re-live it because it would have been painful! But I’m still so grateful and so blessed it happened in the first place.

SK: OK, I will warn you that in my weekly blog with Chef Graham, I kind of say that dish looked like the skin off of an elephant’s knee… but I also say I was shocked it came from you because your food is typically like art, it’s so beautiful. Did you just have an off-day?

LC: Yeah, if I look back on it, I tried to take a risk by doing a dish I’d never done before. What I did was I got kind of prideful and I thought, “Hey, everybody can make a strawberry shortcake, and I don’t want to be like everybody else.” You know, I kind of got into, like, the Howard mode. I mean, I like Howard as a person so I’m not ragging on him, but he was like, “Why are we all doing the same thing on the show?” I kind of got caught up in that — I didn’t want to be safe and be in the middle of the pack, although that would have saved me! So rethinking now, I just over-thought it and, in that moment, I forgot a bunch of ingredients that should have gone into that big meringue, pavlova thing… whatever you want to call that mistake. I don’t even want to think about it anymore! (laughs) It was a little embarrassing.

SK: Please make us happy by telling us you’ll be opening your own restaurant or putting out a cookbook in the future. Where can we find your food?

LC: What I want to do is partner with someone else or shoot their cookbook and really concentrate on what I know I’m super-good at, which is photography. And then, if I have time to think about it and really put my heart and soul into a cookbook, I will with my own recipes. I think a big part of it is that it’s difficult to focus on both things at once, and I wouldn’t expect us all to have an arsenal of recipes and all to have great photography, which is what I want my cookbook to have. I won’t compromise on either. I do have something in the works to do a cookbook with someone in San Diego, so I’m really excited about that. When that comes out, my work will be featured as a photographer and we’ll see where it goes from there.