Nick Lachey is a new dad and he learns something new about his son every day. In the past 10 months, he has realized fatherhood isn’t something you can teach. 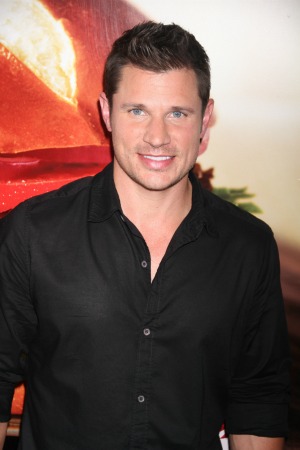 Nick Lachey has gone from boy band heartthrob to reality star to husband (twice!), but he just took on the biggest role of his life: that of a new dad.

Let these celebrities put your baby to sleep >>

Lachey’s wife Vanessa gave birth to their son Camden back in September, and the singer said he is still learning about fatherhood every day.

Lachey grew up with music all around him, and 98 Degrees became a family affair when his brother joined him in the group. Back in March, he wanted to show his son his love of music and released an album for him. A Father’s Lullaby was recorded for fathers everywhere, but for Lachey, it is a very personal thing.

“He gets the live version. Music’s a big thing in our house,” Lachey told MTV News. “Both Vanessa and I are big music lovers. Singing to him is a big thing. I wake him up every morning [and] sing to him. I put him down for naps [and] sing to him. She puts him down at night and sings to him. We all have our own special song that we share to him.”

And it seems Camden is responding. The songs are personal to Lachey because he feels they are also personal to his new son.

“There’s one that I used to hum before he was even born and it’s called ‘Sleepy Eyes’ and it’s one on the record,” he explained. “And that’s the one I sing to him every night when I put him down [to sleep]. So at least in my mind, it’s his favorite.”

The music has brought father and son together, and Lachey is convinced Camden gave him a very special present in June.

“I’m convinced he said ‘dada’ for the first time on Father’s Day. I have witnesses. It happened,” he told MTV News. “The kid is smart. He saved it for the big moment. He’s got a flair for the dramatic. He takes after his mom.”

Lachey became a new father at the same time as many other celebs around his age, including Channing Tatum, Kanye West and even his ex-wife Jessica Simpson‘s fiancé Eric Johnson. But for the singer, he knows now there is nothing that can fully prepare anyone for the role.

“The best advice I got, as far as getting advice, is don’t give advice. Every parent is different,” he explained. “Every child is different and kind of the fun of the whole thing is figuring out what the heck works with your kid. You figure it out ’cause you have to. I think parenting is the most incredible experience I’ve ever been through. It’ll change your life.”