Lovelace may be Amanda Seyfried’s most daring role yet, but she said that was the point. She knows it may ruin her career, but she is willing to take that risk. 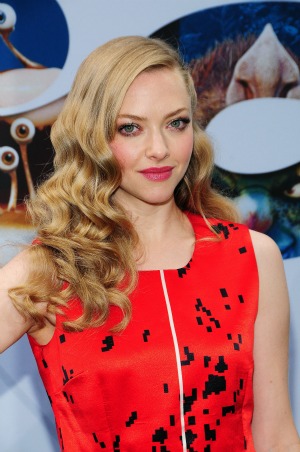 Amanda Seyfried has come a long way since her part as ditzy sidekick Karen in 2004’s Mean Girls. She has since worked in TV, film and is making a name for herself in musicals.

SheKnows has “epic” chat with the cast of Epic >>

The 27-year-old will appear on the cover of Elle magazine in August and talks about the character, Hollywood and her love life.

“I read the script and I was like, ‘Wow, this is the riskiest thing that’s happening [in Hollywood] right now,'” she said about her first reaction to the part. “The first thing you think about is that it could have ruined my career.”

But something about the movie and the strength of her character drew her to the part.

“At the same time, I was like, ‘This is my chance to show them, to show the industry, to be recognized,'” she told Elle, via the NY Daily News.

“Everybody I’ve dated I’ve been sexually attracted to immediately,” she explained. “Sparks don’t grow — your vagina doesn’t become more inclined to wanting someone just because you’re around them.”

Seyfried has dated some of the hottest men in Hollywood, but her last really serious boyfriend was her Mamma Mia co-star, Dominic Cooper. The pair dated for three years before finally breaking up in 2010.

“We love each other. He’ll always be in my life regardless of what his girlfriends or future wife think,” she said. “I’m never going to be with a guy that can’t deal with my friendship with him.”

The numerous nuptials of Amanda Seyfried >>

After the breakup, Seyfried went on to date the likes of Ryan Phillippe and Josh Hartnett. She is currently single, but she said that doesn’t mean there isn’t someone on her mind.

“[He’s] someone separate from my industry life,” she says. “I’ve known him since he was 16… I picture him as the father of my children all the time. But it is a fantasy right now.”

Lovelace will be in theaters Aug. 9. You can read Seyfried’s full Elle interview on newsstands July 23.