Amanda Bynes has had a dramatic year, but it may have been a cry for help. Friends are saying she is finally ready to get the help she needs to move on with her life. 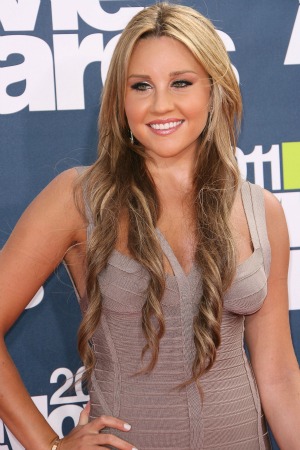 Amanda Bynes has been added to the long list of child stars who haven’t kept the squeaky-clean image they grew up with. But it looks like she may finally be trying to get help.

“Amanda isn’t crazy, she just has lots of anger issues and knows she needs help dealing with that,” a source told Fox News. “She’s determined to pull it all together.”

The source said the actress “likes the idea” of having medical professionals and life coaches at her disposal, because she is finally trying to change her life.

Bynes flew to New York last weekend to make a court appearance on the charge of throwing a bong out a window in Manhattan, but her friend said she will be returning to California just as soon as she can to start her transformation.

Her life, and reputation, has gone downhill quickly. She has made it very public by ranting about other celebrities on Twitter over the last few months, including one this week where she told the world (or at least her followers), “Barack Obama and Michelle Obama are ugly!”

Bynes’ social media confessions also include very personal information and photos of the actress’s life. But the source tells Fox News Bynes knows exactly what she is doing.

“It’s all for attention. The wigs, the ‘ugly’ talk,” said the source. “She doesn’t take that seriously, but finds it amusing that everyone will write and talk about it so she keeps doing it.”

Have you seen Amanda Bynes “twerk?!” Watch it here! >>

The former Nickelodeon princess is looking to the future and what she can do with her fame, while branching out in her own direction. She tweeted in May that she is “looking forward to a long and wonderful career as a singer/rapper” and her friends are saying people need to pay attention.

“Amanda is very serious about the rap career,” a source told Fox News. “And I think she will surprise people. She’s actually very good.”

Do you think Amanda Bynes has been Hollywood’s biggest troublemaker this year? Vote now!