In a ceremony Wednesday, President Obama awarded George Lucas and others medals for their work in the arts and as humanitarians. 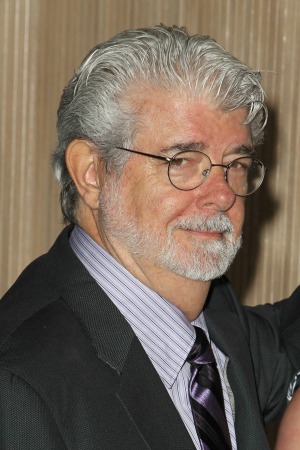 “At first glance this is a pretty diverse group, we’ve got incredible singers and dancers, we have poets and producers, musicians, playwrights, scholars, they come from all across the country, all around the world and yet for all their differences today’s honorees have one thing in common and that is they are teachers; whether they realize it or not. They have taught us about ourselves and our world,” the president said as he looked at the recipients gathered in the East Room of the White House.

According to the National Endowment for the Arts website, the medals are awarded to “recognize extraordinary accomplishments of individuals engaged in the creation and production of the arts in the United States.”

Though many of the recipients are famous, they didn’t get the honor purely because of their celebrity status. “We celebrate people like our honorees here today not just because of their talent but because they create something new,” Obama said. “They create a new space and that becomes a lasting contribution to American life. Together the men and women with us today have helped us appreciate individual talent. But as I said earlier, they have also helped us to bridge our differences.”

When addressing Lucas, the president took a moment to reminisce about his childhood. “To make it look like those planes in space are actually flying like they are… I’m just saying, I remember when I first saw Star Wars. There’s a whole generation that thinks special effects always looked like they do today. It used to be that you would see, like, a string on the little model space ships!”

When speaking about every recipient of the National Medal of Arts and the National Humanities Medal, Obama said: “Every one of them has helped us see beyond outward appearances and appreciate the significance of what’s within and for that we are incredibly grateful.”