After Justin Bieber was caught on tape badmouthing the former president, he does what he can to smooth over the situation. But Bill Clinton seemed to take in all in stride. 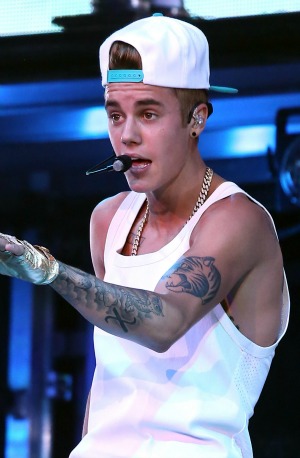 A day after TMZ released a video of Justin Bieber’s latest wild rant, the singer now apparently has a new ally.

The 19-year-old was seen on the video, apparently recorded by a friend, peeing into a mop bucket and cussing at one former POTUS, saying (among other things), “F*** Bill Clinton.”

The release of the video was surprising to exactly no one, as Bieber seems to have been on a downward spiral in recent months. The singer does know how to smooth over a situation, though, and released an apology on Twitter Wednesday night.

“In life u will make mistakes and people will try and tear u down…but u gotta stay positive,” he tweeted. “Stay strong..and learn to be better..and…always live to serve others and The Lord. #growingeveryday.”

According to Yahoo!, the Canadian singer also reportedly called President Clinton after the tweet to offer a personal apology. He even offered to help with the Clinton Global Initiative, but Clinton told him to find his own ways to help out those in need.

Clinton also reportedly offered one more piece of advice, according to Yahoo!, telling Bieber he should re-evaluate his friendships. E! News said that Clinton had no hard feelings about Bieber’s video, saying something like, “If that is the worst thing you have ever done, all is well.”

However, even though Bieber tweeted up a storm about the subject, Clinton apparently did not think it was important enough for his new Twitter account, staying quiet about the subject on social media.

Bieber’s first tweet was very similar to one he posted back in January, after TMZ posted photos of the singer allegedly smoking pot.

“U get knocked down, u get up. Everyday growing and learning. Trying to be better,” he tweeted at the time.

Bieber continues his “Believe” tour and will be out on the road almost constantly until mid-December.