TMZ is reporting that Selena Gomez and Justin Bieber, pop culture’s biggest boomerang couple (ah, young love) is back together on conditions that Gomez has insisted on. We’ve exclusively learned what those conditions are. (And yes, we are joking. This is pure speculation based on months of accidental research.) 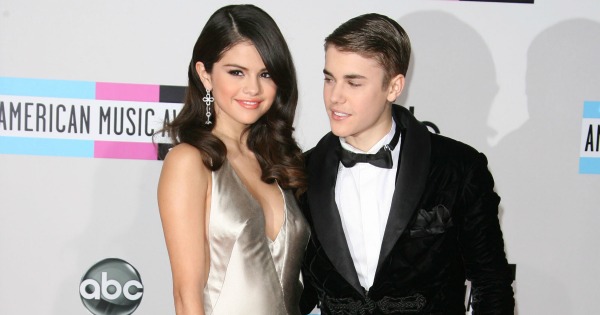 We’re guessing if he could get away with it, Justin Bieber would have the entire staff at TMZ offed. We’re not sure how those mad gossip magicians do it, but they come up with the most buzz-worthy videos, and the one of the Biebs relieving his bladder earlier this year in a nightclub mop bucket is no exception. Come on. Who among us has not listened to the urgency of Mother Nature and taken care of business in a mop bucket when a bathroom is just a few steps away? Aren’t we being a little hard on the kid?

It might have been Justin exclaiming “F*** Bill Clinton” (on tape!!) as he sprayed cleaning liquid on a photo of the former prez that people took offense to. Justin, Justin, Justin. There’s a “but” in this story, and not the kind of “but” you might be thinking about. TMZ is also reporting that Justin called Bill Clinton to apologize. Hmmm. Perhaps a sweet young thing is in his ear, encouraging him to clean up his act — a metaphoric mop bucket to clean up his personal messes, if you will.

Lil Twist has been wreaking big havoc in Justin’s life. There have been dangerous joyrides in JB’s expensive cars, weed-smoking antics and lots of pissing off the neighbors (pun intended). Selena wouldn’t be blame-shifting if she insisted the Biebs quit hanging with Lil Twist, as he seems to be the common denominator in these childish stunts. Just this morning, Lil Twist was booked for a DUI while driving Bieber’s Fisker Karma, so this problem might have worked itself out.

Smile for the cameras

If you can’t beat the paparazzi, Selena has likely encouraged Justin to play nice. It might be time for a little less threatening to “beat the f***” out of photogs and a little more “smile and nod.” A paparazzo was even killed in a traffic accident tailing (who he thought was) Justin Bieber!

Justin Bieber, if I was your mother >>

Perhaps these reconciliation rumors are routed in the Biebs’ mom, Pattie Mallette, being asked on The View if the love doves were back together and her cryptic reply: “It depends on what day it is.” Maybe it’s because Selena Gomez used a voicemail from Justin in her newly released song, “Love Will Remember,” that has Justin pouring his heart out. Whatever the reason, this isn’t the last we’ve heard of these two.