29-year-old Khloé Kardashian and her husband, Lamar Odom, have been going though a tough time recently. First cheating claims and now a run-in with the paparazzi — what’s next?

Things have been turbulent recently for Khloé Kardashian and her 33-year-old basketball player husband of almost four years, Lamar Odom, since the news of his alleged affair with Jennifer Richardson was first reported by Star magazine. 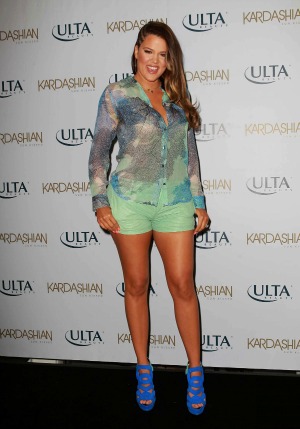 Richardson’s friends have claimed that she received plane tickets, game tickets and invoices from her time with the basketball player, which is alleged to have lasted from Dec. 12, 2012, until Feb. 12, 2013.

But the most recent scandal is due to the fact that Lamar recently lost his cool with a photographer.

It appears that Lamar has had enough of life in the public eye and all the allegations against him. In his latest rampage, which occurred on Wednesday and was witnessed by a celebrity tour bus, the basketball star lashed out by grabbing a photographer’s equipment and allegedly hurling it into the middle of the street.

The event, and the baller’s reactions, were captured on tape and occurred after a reporter repeatedly pestered Lamar about the alleged cheating accusations, to which he responded, “I would never cheat on my wife. That’s why I wear my wedding ring.”

While onlookers have reported that the basketball star was initially calm, the persistent photographer did not know when to stop and continued to ask sensitive questions. That’s when things got ugly.

Lamar asked the photographer for his name and said, “I am going to step outside the car and I am going to talk to you.” Photographs show the 6’10” star searching through the paparazzi’s car before hurling his equipment into the street, after which he is alleged to have approached a photographer in a parked car and bashed the car with a metal rod. Yikes!

Khloé has never been shy and has always been very open about her personal life and issues — including the fact that the pair has struggled to conceive — so it is little surprise that she took to Twitter to share her views and defend her husband in a very dramatic rant.

She justified her husband’s actions by tweeting, “Wow, can’t believe a paparazzi snuck into our gated area and violated our private property!!!!”

She remained by Lamar’s side by continuing, “This is the same pap that did a hit and run but my brother and I caught him and he has the nerve to taunt us!!! Be ashamed of your self.” Khloé did not stop there and continued to make several comments about the paparazzi using several expletives.

In the midst of all of this chaos, at least one lucky fan got a picture with their favorite star after they jumped out of their car — Lamar politely took time out of his rampage with the paparazzi to oblige.