Kate Hudson is known to be somewhat of a fitness fanatic, so the news that she will be launching a clothing line for busy moms has been met with excitement.

Related story Heidi Klum Just Doubled Down On Her Willingness to Consider Baby No. 5: ‘It Depends What Day It Is’ 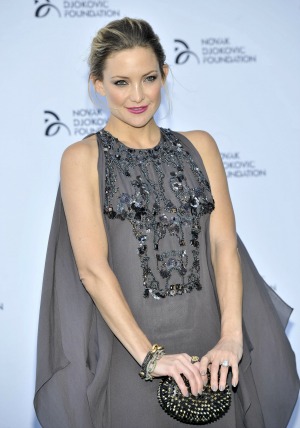 Kate Hudson has decided to launch a sportswear collection that has been modeled around her own life, for the fashionable, but busy mother.

“As a working mom, I know what it’s like to be on the go and running around from one activity to the next,” she said.

The mother of two has joined forces with online retailer JustFab to design a collection of accessories and apparel, which will be called Fabletics.

The sportswear line has been described as “functional and affordable” and will hit stores in October — for women who “don’t have time to change, but want to look cute.”

She went on to say that the clothing line is suitable for many occasions, “Whether you’re taking a yoga class, running errands or meeting up with friends before you pick the kids up from school.”

Hudson described her inspirations to WWD.com, saying, “I’ve always lived an active lifestyle, and with two boys life has only gotten busier.”

The actress has one son with her ex-husband Chris Robinson, lead singer of the Counting Crows, and another son with her fiancé Muse frontman Matt Bellamy.

In 2011, she teamed up with Chrome Hearts on a ’70s-style jewelry collection and in 2012 she was signed as the face of Ann Taylor, with whom she collaborated on a clothing line earlier in the year.

Hudson showed off her athleticism again at the Novak Djokovic Foundation gala in London, when she played a game of tennis against her mother Goldie Hawn.

The pair, who wore designer gowns during their game, showed off their lighthearted and fun-loving nature that will undoubtedly be translated into Kate’s forthcoming collection.