Willow Smith’s new track “Summer Fling” has left fans and critics questioning whether the material is suitable for a 12-year-old girl. 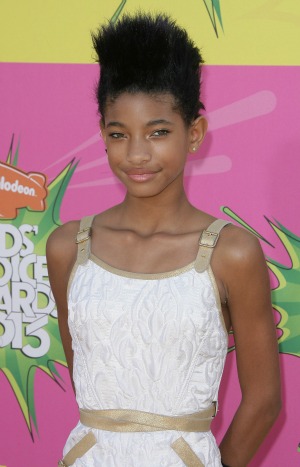 Whatever happened to the days of being 12, playing with dolls or riding your bike in the back garden…? Well, that does not apply if you are Willow Smith.

The young singer is just 12 years old, but in her new track “Summer Fling,” she sings about topics that seem a tad grown-up for her, which have led fans to brand her work as “age inappropriate.”

The track includes lyrics such as, “Don’t really care what we do tonight. Good night kisses if the mood is right. Laying by the beach with you, wishing this will never end.”

As always, there are mixed reviews from fans and critics alike. Concerns were raised that the music video isn’t fitting for a girl of age 12, and some question whether the idea of a summer fling is too mature a topic for her audience and herself.

Her “boyfriend” in her music video appears to look much older than her, as well as many of the other actors involved in making the video. The video involves dips in pools with boys and Willow jumping on a trampoline while her summer romance picks her up off the ground.

It is not just the lyrics that have upset certain fans, but the fact that Willow appears to have lost all authenticity as she adopts a hybrid British accent when she says, “Thanks for the summer fling. It was nice.”

In the video, Willow can be seen showing off her new blond hairstyle that is tied with a red bandanna, baseball boots, and denim cut-off shorts. She is recognized for her distinctive and interesting dress sense, so at least she remained true to herself in that respect.

Tweets included fans defending the singer with messages such as, “i seriously loved the video.ignore all the other comments Willow.”

There are also different views, such as a tweet from Black Youth Project, which said, “Smith’s new single, “Summer Fling,” has raised eyebrows due to its subject matter and accompanying video.”

Willow, who is the daughter of famous parents Will Smith and Jada Pinkett Smith, and sister to Jaden, has already enjoyed musical success with her debut single “Whip My Hair” in 2012. The song climbed to No. 11 on the U.S. charts and earned her nominations for Best New Artist and Video of the Year at the BET Awards, although her later releases have failed in comparison.

She has also signed a record deal with Jay-Z’s Roc Nation record label. Despite attempting a musical comeback with the release of “Summer Fling,” it appears that Willow struggles with fame and being in the public eye.

She explained in an interview with the Daily Mail, “Let’s say if a regular girl is going to the book store, it’s 10 times harder to go everywhere (when you’re famous)… it’s going to take me 10 more minutes to get there. Because I have to call security.”

If this single flops, at least she can then enjoy just being a kid. What do you think?