With most of the fandom in mourning over the news that Cote de Pablo will be leaving NCIS, there are a few out there who are wondering if her departure could actually benefit the show. 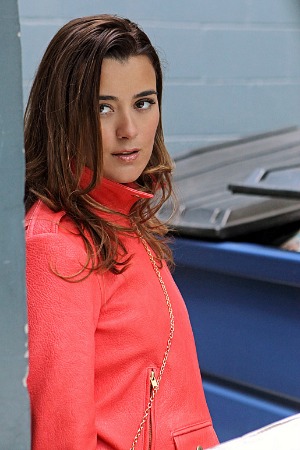 the 11th season of the show. Yahoo TV reports that the actress will, however, be back long enough in the new season to finish up the Ziva storyline and give fans some closure.

Apparently the decision was amicable on both sides, though it was ultimately de Pablo’s choice to leave the series. CBS and producer CBS TV Studios said in a joint statement: “We respect Cote’s decision, thank her for being an important part of the NCIS team, and for eight terrific years playing Ziva David. Cote and CBS share a great respect for the NCIS audience, and we look forward to working with her and the producers on appropriate closure in this chapter of Ziva’s story.”

Ziva David joined Gibbs (Mark Harmon) and the rest of the team in the third season after the death of Kate (played by Sasha Alexander). Whereas Kate had been somewhat demure and did things by the book, Ziva proved right away that she was going to be a fiery teammate.

Things Dean could do in Supernatural Season 9 >>

There is no doubt that de Pablo and Ziva will be missed. She brought a lot to the show, but after eight seasons, could it be time to lay her story to rest? With the show going into its 11th season, bringing in a new team member could be just the shot in the arm that NCIS needs as it moves into a new era.

With the absence of Ziva, one can only hope that the “Tiva” storyline will go with her. The will-they-won’t-they relationship between Ziva and Tony (played by Michael Weatherly) grew old many seasons ago and it was clear that there was no chance that the two characters would ever be brought together romantically, except perhaps in the series finale. If there is no chance with Ziva, maybe Tony can move forward into a healthy, adult relationship. It would also be nice to see an end to some of his childish behavior, which seemed to be intensified around Ziva. Poor Tony often played the class clown while she got to be the hero — another part of the show that had also grown a bit old.

With Ziva gone, another (possibly exciting) option could be to not bring in a new member at all, but leave Gibbs, Tony and McGee (played by Sean Murray) to work together on their own. There have been some great moments with those characters and it wouldn’t necessarily be a bad thing if they got more time on screen without a fourth wheel.

So while many in the fandom mourn the loss of Ziva, there could be some good news to be had from this announcement as well. If de Pablo is happy with her decision, perhaps fans should try to see the bright side and look for how this change could bring some new life into the show.

What do you think about Cote de Pablo leaving NCIS? Do you think her absence will help or hinder the series as it moves forward?