James Franco may be one of the most enigmatic but diverse actors in Hollywood these days. He is a writer, a poet and a performer. But his friends will let him know what they really think when he is roasted by Comedy Central. 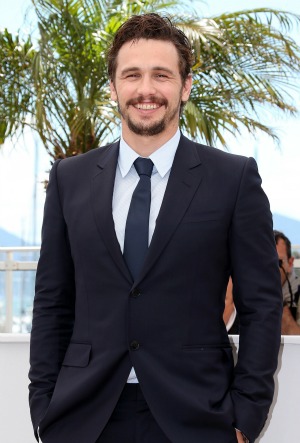 Being roasted by your peers may be one of the signs you have truly made it in Hollywood. James Franco is one of the hottest young stars these days (in more ways than one), and he announced Tuesday that he will be honored by Comedy Central in a roast.

James Franco and other smart and sexy male celebs >>

The 35-year-old let the news slip by posting a video to Instagram, but it was difficult to hear his words through his mumbling.

“Hey, yo, what’s up? I’m going to get roasted on Comedy Central,” he seemed to say, according to the New York Times. “Be sure to check it out. They wanted me to tell you that. All right. Ha ha.”

Comedy Central seemed to confirm the report by commenting about a possible roast of Franco.

“If only James Franco was a more successful, multi-hyphenated, incessant creative risk taker in different media, h’’d be the perfect person to roast,” said Kent Alterman with Comedy Central. “Oh well… I suppose we’ll just have to make do.”

Franco is currently starring in This Is The End along with Seth Rogen, Jay Baruchel and Jonah Hill, and he will be releasing a book of poetry next year. He has starred in serious movies like 127 Hours and Milk, and has played silly and comedic parts, like his part on his current film and Pineapple Express.

But this will be a new one for the actor.

Franco will join the ranks of past roastees like Roseanne Barr, Charlie Sheen, David Hasselhoff and Joan Rivers. Comedy Central later confirmed the report and said the roast will air on their network Sept. 2.

There is no word on who will appear at the roast. But with a book of poetry, a column in Playboy and a memorable hosting gig at the Oscars, you can bet his roasters will have plenty of material to work with.