Morrissey won a lawsuit after his band’s song was used on a show without permission, and he decided to give it to an animal rights group that is not a fan of the show’s host. 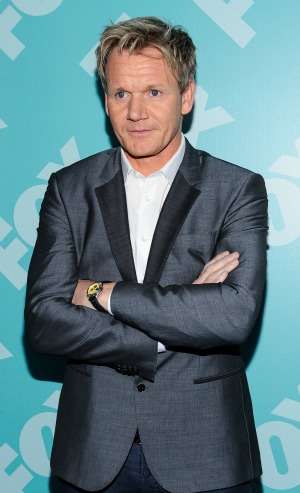 Chef Gordon Ramsay may have met his match in fellow Brit Morrissey.

The Smiths singer is never afraid to share his opinions, and he took Ramsay to court when he found out his band’s song was used to promote one of the chef’s shows.

The song “Please, Please, Please Let Me Get What I Want” was used in a promo for Ramsay’s Christmas Cookalong Live on Channel Four in the U.K. without permission from the group, according to Billboard. The chef, who is not afraid to cook anything, apparently found a sore spot in Morrissey, who is a very outspoken animal activist and longtime vegetarian.

Morrissey was given $14,800 in the lawsuit and donated all the money to a cause the chef will be sure to pay attention to.

“Ramsay may very well stick his head in his microwave when he hears that the money I received from Channel 4… is being donated to PETA to fight foie gras,” the singer told Billboard. “Foie gras is so cruelly produced that he’d be against it if he had an ethical bone in his body.”

PETA said they plan to use the money for a “hard-hitting ad campaign that slams [department store] Fortnum & Mason for selling the vile product.”

According to Billboard, producing foie gras is illegal in England. It is created by force-feeding birds and then extracting their livers.

Morrissey last famously took his animal rights stand when he was scheduled to be on Jimmy Kimmel‘s show back in February, but canceled his visit when he found out the cast members of Duck Dynasty would also be appearing.

In a statement issued at the time, he said he couldn’t “morally be on a television program where the cast members of Duck Dynasty will also be guests,” according to Fox News. “As far as my reputation is concerned I can’t take the risk of being on a show alongside people who, in effect, amount to animal serial killers.”

After Morrissey took his stand on the issue, Duck Dynasty ended up premiering to record numbers.