Once Joshua Jackson had won Diane Kruger over, he had a bigger hurdle: to win over her mother. Kruger recalls the first time she brought her new boyfriend home to meet her mom, and it did not go well. 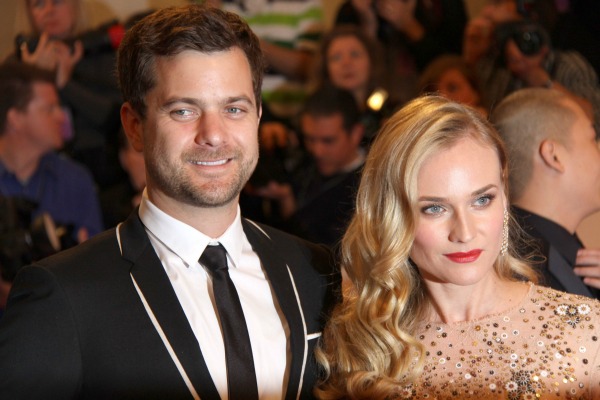 Actors Joshua Jackson and Diane Kruger have been a couple for seven years now, but it wasn’t exactly easy for the couple at the start of their relationship. In the beginning, Kruger brought her new boyfriend home to meet her mom a little earlier than she expected.

Diane Kruger is working on her daddy issues in therapy >>

“I’m from a very small village in Germany so I don’t usually bring boys back unless they’re somewhat serious,” she told Jimmy Kimmel on his show July 9. “He came back about six months into us dating.”

Kruger explained to Jackson some German customs, and acted as a translator between him and her mom during the meeting.

Jackson reportedly has a nut allergy, but Kruger told him to get over it, saying, “‘You’re eating it. You’re definitely eating it.’ So, he did.”

Kruger’s mom, a bank teller in a small German village, wanted to make sure Jackson was good enough for her daughter. She came to the meeting prepared.

“I thought we were doing really good,” Kruger remembered. “Then my mom goes, ‘Ahh, wait. I have something for you.’ She goes into the office and comes back with this classified folder of Internet clippings of Josh with his mugshot. She thought it would be cute to go, ‘So, I see you’ve been arrested. Whose fault was it?'”

Jackson’s arrest came after a fight at a hockey game, which Jackson later explained he was only trying to break up. Kruger said the trip ended up being a tense one.

“We were there for three days. We did not speak for two,” she recalled. “It was not good.”

Joshua Jackson will be old, gray & nasty at Creek reunion >>

The couple made it past the incident and is doing well. Jackson, 35, wrapped up the show Fringe earlier this year, and 36-year-old Kruger recently launched her new show The Bridge. There have also been rumors of wedding bells in their future.

9 mins ago
by Caroline Greelish