The busiest man in show business is about to get busier, thanks to a deal that could make Ryan Seacrest the host of a new NBC reality show called Million Second Quiz.

As if he wasn’t already busy enough, Ryan Seacrest is apparently trying to get yet another job. The 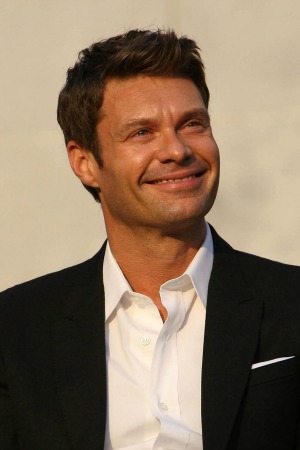 Hollywood Reporter reports that Seacrest is close to signing a deal that will make him the host of a reality show for NBC.

2013 Celeb superlatives: Most likely to Google themselves >>

The new show, called Million Second Quiz is described as a 24-hour, live-competition series and Seacrest will also serve as executive producer for the series. Once the deal happens, Seacrest will have shows on three of the four major broadcast networks, including Fox’s American Idol and ABC’s New Year’s Rockin’ Eve.

Million Second Quiz will take place over 12 days and nights and will show contestants battling each other in games of knowledge, endurance and the will to win. NBC plans to air it live in primetime from an hourglass-shaped structure that will be erected in the heart of Manhattan. The building will also house the contestants and they will be asked to play the quiz 24 hours a day if they want to avoid getting eliminated.

When the contestants get to the final second, those who are left will battle it out to determine the final winner, who could take home as much as $10 million. The show is set to air on NBC beginning on Sept. 9.

The only reason the deal hasn’t been inked yet is purely because it’s hard to get the guy nailed down. Between his many jobs, it must be close to impossible to figure out how to schedule in one more. Seacrest has already got the daily Clear Channel radio show, plus he travels for American Idol auditions in the fall. The Quiz‘s production schedule is only 12 days long though, which might help ease the strain a little and, hopefully, allow Seacrest to close up the deal soon.

In addition to his on-camera work, Seacrest serves as producer on a growing number of series, including E!’s Kardashian franchise, Bravo’s Shahs of Sunset and E!’s The Wanted Life. He’s definitely one busy guy.

Do you plan on checking out Million Second Quiz when it airs this fall?