Tameka Foster, Usher’s ex-wife, has found herself in a legal battle with her former landlord who claims she owes thousands in back rent. 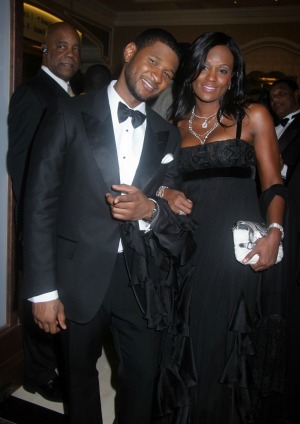 Tameka Foster, celebrity stylist and former wife of R&B legend Usher, has found herself in some trouble recently. She has been involved in arguments and a legal battle with her former landlord over claims that she owed $50,000 in back rent for three retail spaces in an Atlanta, Georgia, complex that she rented for two years — the location where she ran her business.

Foster claimed that her landlord, Antelope Valley Plaza, broke its lease agreement and that the lawsuit against her should be dismissed. However, according to gossip website TMZ, Foster has lost her legal battle.

It has not been confirmed as to why the amount increased so substantially as Tameka would not comment on the judgment.

Things do not seem to be going favorably for Foster. First, there was her divorce from Usher after less than two years of marriage back in 2009, then an eviction notice from Usher, loss of custody of her sons, and most recently the loss of her court battle with her former landlord. Foster also lost her 11-year-old son and Usher’s stepson, Kile Glover, in a boating accident in July 2012.

As part of their divorce settlement Usher had allowed his ex-wife to continue to live at his mansion, which was bought when the former couple got engaged in 2007. However, after the singer received sole custody of his sons Usher Raymond V and Naviyd he then decided to put the house back on the market in November 2012 for $3.2 million, and Foster was informed that she would need to move out.

It seems that recently nothing is going the stylist’s way. Let’s hope she gets her feet back on the ground soon.