One Direction superstars Harry Styles and Liam Payne have made a video in which they speak about the seriousness of cancer and ask young people to join the fight against the disease.

One Direction band mates Harry Styles and Liam Payne have released a video in partnership with the new celebrity fundraising platform prizeo.com that explains the shocking statistic that 1 in 3 people will develop cancer at some point in their lives. 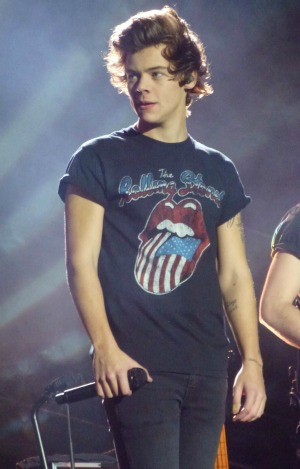 With the release of the video, the hope is that it will raise further awareness and money for the cause.

Harry said, “Cancer affects us all in some way, and we all know of someone who’s had it, whether it be a parent, a member of our family, a friend or a neighbor.”

The band mates have also partnered with U.K. charity Trekstock, an organization that supports youths with cancer, to educate young people about lifestyle choices that could help prevent cancer.

Supporters who donate money to the cause will automatically be placed into a drawing where the randomly selected grand-prize winner will be flown out to London with a friend, receive spending money, and enjoy an unforgettable experience, a night out with the One Direction boys.

Liam and Harry said, “We’ve been working with Trekstock to come up with an amazing prize — it’s something we’ve never, ever done before.”

On Monday, Harry tweeted, “If you fancy it, you can come and hang out with Liam and I for @trekstock?”

It is inspiring to see the biggest pop group in the world take time out of their busy schedule to support a worthy cause. The campaign ends on Aug. 12. You can find out more by visiting Prizeo’s website.