Lady Gaga is desperately trying to stop the information contained within a lawsuit between her ex-boyfriend Rob Fusari and former collaborator Wendy Starland from being released to the public.

Lady Gaga is known to be a tad strange and “out there.” She is most certainly not one to shy away from controversy, so the details that she’s trying to keep private must be particularly juicy, if she is going to all this trouble to hide them. 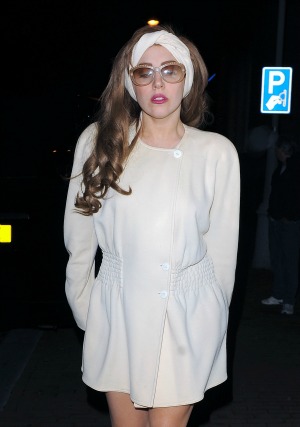 The pop legend has recently filed documents requesting that certain information from her legal proceedings — before she rose to fame — be sealed by the court and remain private.

The legal proceedings in question are between talent scout Wendy Starland and ex-boyfriend/producer Rob Fusari.

Starland has filed a claim for compensation for her role in discovering and introducing the then Stefani Germanotta to Fusari back in 2005, before she became known as Lady Gaga.

Starland said she had an agreement with Fusari that if she found a potential superstar, a “unique female singer, under the age of 25,” they would co-operate on her career and equally share the revenues.

Fusari and Gaga dated before the “Bad Romance” singer rose to superstardom. During this time, the couple allegedly invented the singer’s persona and wrote various songs together, which Fusari wanted his share of the profits.

In 2010, Fusari claimed he had not been properly compensated for the significant contribution he had made to Gaga’s career. The lawsuits were settled and Fusari is believed to have received a payout, while talent scout Starland received nothing.

The information contained within the lawsuits has been described as, “sensitive, private and personal” and Gaga’s lawyers claim it would “inflict significant personal and professional harm upon” the singer if made public.

A judge has yet to rule on Gaga’s request to seal the court documents, but not all is bad in Gaga’s world as she has recently topped Forbes’ World’s Most Powerful Musicians list, which is based on earnings, social media and press mentions.

You won’t have to wait much longer for Gaga to get back in action as she is working on her forthcoming third studio album titled Artpop. Her producer Zedd recently told Rolling Stone it was “experimental” and “really f***ing cool.”