Arizona native Dierks Bentley wanted to do something to help the families of the 19 firefighters who died fighting a wildfire in June. He will be using his only day off in July to hold a concert near Prescott. 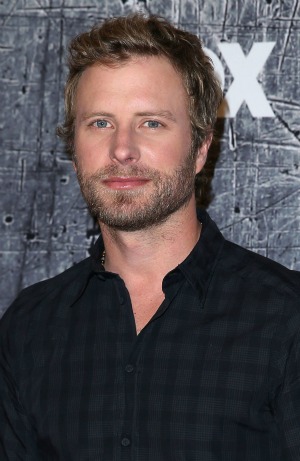 Dierks Bentley is taking a moment away from his busy schedule to honor the 19 firefighters killed in a wildfire near Prescott, Arizona on June 30.

Bentley has announced the “Country Cares Concert” for July 22 in Prescott Valley, Arizona, according to People. He hopes to raise money for the families of the firefighters.

The singer is from Phoenix, and decided to do something to help when he found out the 19 fallen firefighters had left behind 51 children.

Bentley is himself a father and is expecting one more very soon. His wife, Cassidy, is pregnant with their third child, due in the fall.

“We want to make as much for those families as we can and hopefully start something that will continue on long after the music is over as far as remembering the firefighters and their families and these kids that live on as well,” Bentley told the Associated Press. “We want to help get something rolling to look after them and help them move forward.”

The 19 firefighters died in a fire near Yarnell, Arizona, but they were based in Prescott. Bentley’s hometown of Phoenix is around 85 miles away.

“It’s a tragic event but hopefully this will provide some healing and sort of be an uplifting moment for the community,” Bentley said.

The singer added that he will be announcing the full line-up for the concert in the next few days and, according to People, is asking other performers to volunteer.

“We want to raise some money, try to be positive, focus on the good things and do something good on this occasion,” he said. “Hopefully, it will be a fun evening in the face of tragic events and raise people’s spirits.”

All proceeds from the show will benefit the United Phoenix Firefighters, and will go to the firefighters’ families.