In a week full of shake ups on The View, Elisabeth Hasselbeck has announced where she is going after leaving the show. And her new home will be quite the change from where she has been for the past decade. 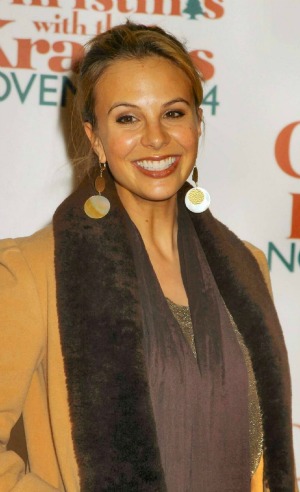 The View is undergoing a facelift, and it looks like Elisabeth Hasselbeck is the latest to move on to a new phase in her career. Fox News Channel announced Tuesday that the host will be joining their network.

Barbara Walters on The View: We love Elisabeth >>

“Elisabeth’s warm and engaging personality made her a star on The View,” said Fox News CEO Roger Ailes. “She has proven to be an excellent conversationalist, and I am certain she will make a great addition to our already successful morning franchise.”

Hasselbeck will be leaving The View and joining the show Fox & Friends, according to the Hollywood Reporter. It was confirmed back in March that the 36-year-old was leaving the show, along with Joy Behar.

“We have had 10 wonderful years with Elisabeth, and she will now be swimming in new waters,” said Barbara Walters. “We will miss her and wish her everything good.”

Is Jenny McCarthy replacing Joy Behar on The View? >>

Current Fox & Friends co-host Gretchen Carlson has been given her own daytime talk show, so Hasselbeck will be filling her place.

“I am excited to further advance my career and am thrilled to have the opportunity to host my own show in daytime and look forward to showcasing my skills as an interviewer and journalist in a more in-depth manner,” Carlson said.

For someone who has spent the last 10 years on a show with mostly all women, the change may be quite the shock for Hasselbeck. In her new position, she will be co-hosting alongside two male hosts, Steve Doocy and Brian Kilmeade.

“I have been a longtime fan of Fox & Friends and am excited to be joining their team in September,” said Hasselbeck. “It is an honor to call the Fox News Channel my new television home.”

It was a big week for former The View panelists. Besides Behar’s departure, it was announced Meredith Vieira will also be given her own syndicated talk show. There are also rumors Jenny McCarthy may be joining the panel.

Hasselbeck’s last day on The View will be Wednesday, and she will begin with Fox & Friends in September.