BAFTA has its eye on George Clooney. The multi-talented actor is getting more props. This fall, they’ll honor his career with the Stanley Kubrick Award. 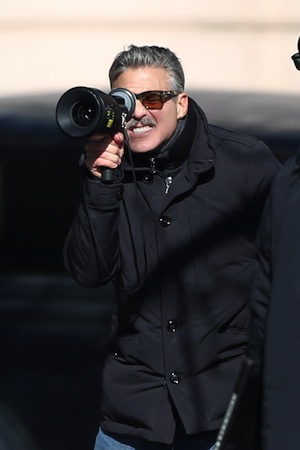 George Clooney is more than just a pretty face. He’s an award-winning actor, director, producer and screenwriter. He’s been working professionally for over 30 years and BAFTA has taken notice. Clooney is set to receive the prestigious Stanley Kubrick Britannia Award for Excellence in Film.

George Clooney and other male celebs who inspired cosmetic fads >>

He was chosen by the Los Angeles chapter of the British Academy of Film and Television Arts. According to USA Today, the award is given to “a unique individual, upon whose work is stamped the indelible mark of authorship and commitment, and who has lifted the craft to new heights.”

Clooney definitely fits that bill. He’s made a mark in both TV and film. He’s arguably one of the last, genuine movie stars that Hollywood’s produced. Even though Clooney loves the camera, he’s also a dynamo behind the scenes. Earlier this year, he won an Oscar alongside Ben Affleck and Grant Heslov for producing Argo (Best Picture of 2012).

BAFTA Los Angeles Chairman Gary Dartnall says, “George Clooney is without question one of our industry’s true icons. His work has captivated audiences from all corners of the globe.”

Clooney will receive the Stanley Kubrick Britannia Award later this year at the Nov. 9 ceremony.

Do you think Clooney deserves this year’s Kubrick award?