Paula Abdul is ready to judge another competition! After many years of trying to get her on the show, Nigel Lythgoe succeeds in getting Abdul on SYTYCD. 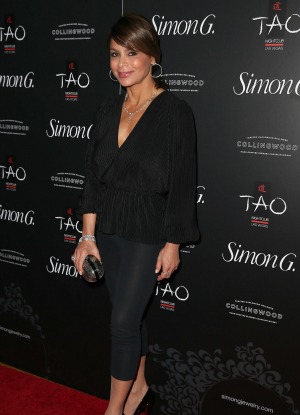 Paula Abdul is headed back to the judges’ table. It’s not for American Idol though. She will be back for a one-night only appearance on Fox’s So You Think You Can Dance on Tuesday, July 9.

Abdul’s guest turn has been a long time in the making. On Twitter, producer and judge Nigel Lythgoe called the 51-year-old choreographer, “the girl I’ve waited ten seasons for.”

It looks like the former X Factor star is equally excited about her visit to the show tonight.

She tweeted, “This time, the rumors are true!! Lol!! I WILL be joining the #SYTYCD panel tomorrow night!”

Paula Abdul was “grown-up” about getting canned >>

Abdul might be the most sought after judge on the TV talent competition circuit. Besides AI and The X Factor, she also appeared on Season 15 of Dancing With the Stars. She even had her own reality show, Live to Dance, which aired for one season on CBS back in 2011.

In addition to Abdul, Fox Sportscaster Erin Andrews will also be sitting on the judges’ panel. While that may seem like an odd choice, Andrews performed quite well with Maksim Chmerkovskiy in Season 10 of DWTS. Permanent judge and ballroom expert Mary Murphy will also be sitting alongside Lythgoe, Abdul and Andrews.

While the show has gone down in ratings over the last few seasons, Season 10 of SYTYCD has brought some renewed energy to the show with a change in format. With only one episode a week, the producers decided to do eliminations at the top of the show.

Erin Andrews has a sleazy encounter with rapper 50 Cent >>

This decision brought on serious criticism from the fans because the eliminated contestants were forced to perform with their partners who were still in the competition. The outcries on social media brought about a revamp of the show for Tuesday’s episode.

The audience will see the bottom six contestants revealed at the top of the show. Two dancers will be saved by the judges while the remaining four dancers will have to “dance for their lives” during the show. The final eliminations will be done at the end of the program.

Watch Paula Abdul on So You Think You Can Dance on Tuesday, July 9 on Fox.