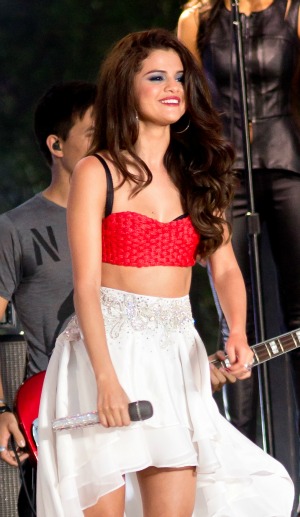 Although it has always seemed like Selena Gomez was the one to end her relationship with Justin Bieber, it looks like she was still heartbroken.

Gomez said her new song, “Love Will Remember,” would be the most personal song on her new album, Stars Dance, and it looks like she was right. The singer included a voicemail from her ex on the song.

“Hey, babe, it’s me. I just want to call and tell you that I love you so, so, so, so much,” Bieber said in the message (or at least, someone who sounds just like him). “I just wanted to let you know that you are my princess. You are worthy of all the love in the world. You are the love of my life.”

The song doesn’t seem like a bitter ballad, but instead a song written by someone who is sad she lost the love of her life.

“You said you loved me, I said I loved you back. What happened to that?” she sings in the song.

The couple may be back together (depending on who you ask), but the song was obviously written during the break-up period. Gomez seems to regret the future she could have had with Bieber.

“The trips we dreamed of taking, the tacks left on the map, what happened to that?”

For Gomez, the song may have just been a way to help her get over the relationship, but it shares their life with the world. For a couple who liked to stay private, it seems like an odd change.

“That’s the most personal track on the record, for sure,” she told InStyle in an interview back in May. “I think it’s a sweet way of releasing it. It’s not an aggressive approach to what people are probably expecting. I’m sure he’ll love it too.”

Gomez is a 20-year-old going through heartbreak and, in the interview, reminds everyone she is going through that loss in the public eye.

“It’s uncomfortable that everywhere I go, people know,” Gomez said. “I don’t like that. But Justin and I never really focused on the attention. You can’t help who you date. So I wouldn’t swear off that or say that’s what I want again. I’m a kid, and a breakup is normal.”

Stars Dance will be out July 23.