A day after the video for Kanye West’s “Black Skinhead” leaked online, West took to Twitter to voice his dismay. 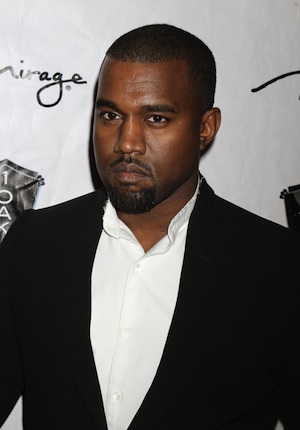 And this is why you have to password protect your online information, friends.

Yesterday, a version of Kanye West’s “Black Skinhead” video seemed to have been leaked online.

The culprit? Universal Music Group put the clip online to share with other executives — most likely for review and some notes. However, someone forgot to password protect the page.

And as we have learned from Kanye’s baby mamma, Kim Kardashian — don’t put anything on the internet you don’t want the whole world to see.

And, if you recall, this isn’t the first leak West has had to deal with. Last month, West was upset because his new album was leaked online days before its due date.

The animated, black and white clip shows a 3-D West oscillating between a human and some sort of beast version of West.

It is pretty clear it’s not the final version of the video in that it seems a bit rough and unfinished.

Well, as you can imagine, our friend ‘Ye was not amused about the leak at all. Taking to Twitter, he posted the following statement in a series of tweets:

I should hope it’s not the official version because, if you ask me, the CG isn’t that great. Maybe Pixar has spoiled me, but if you are going to make your video 95% computer graphics, you’d better look at least as good as Buzz Lightyear.

The Nick Knight that Kanye is speaking of is a British fashion photographer who has shot campaigns for Alexander McQueen and also directed Lady Gaga‘s short film for “Born This Way.”

Did we mention there are dogs in the video?

And then Kanye ends his Twitter rant with a final comment: “And to who ever leaked the video… F*** YOU!”

Oh Kanye, you always had a way with words.

I’ll tell you one person who will be losing sleep — the Universal Music Group employee who didn’t password protect the link. Someone’s going to be looking for a new job.

Check out the video for “Black Skinhead” and see what all of Kanye’s fuss is about.