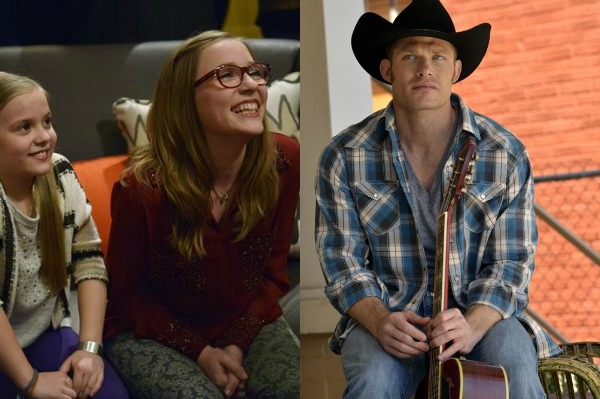 The Holllywood Reporter reports that the Stella sisters, Lennon and Maisy, as well as Chris Carmack (who plays Will on the show) are being promoted to series regulars when the show returns for its second season this fall.

Nashville Season 2 spoilers: Rough waters ahead for Deacon and Rayna >>

What’s in store for Will in Season 2?

This could mean that a lot will happen with all of their characters next season, beginning with Carmack’s. Fans first met Will in the last part of the season when he became Scarlett’s roommate. Those who thought he might have an interest in her got a surprise when it turned out that Will was in fact more interested in Gunnar. It seemed his womanizing, playboy act was just a ploy to cover his sexuality, but now that Carmack is a regular, what will that mean for Will in the coming year?

In the latest bit of spoilers, showrunner Dee Johnson revealed that Will is going to have some challenges in Season 2. He’s apparently going to be holding on to his secret, at least for a little while, especially from his new boss, Rayna. It was also revealed that Will and Gunnar will become friends, which will be a good thing for Will. It’s great to hear that Gunnar will overcome his initial discomfort after Will tried to steal a kiss, but what about the rest of the world? How will people in the country music community react if his sexuality comes out? Only time will tell.

More music from the Stella sisters next season?

As for the Stella sisters, older sister Lennon has her own big storyline once it was revealed that her character, Maddie, was actually fathered by Deacon and not Rayna’s husband, Teddy. That story has so many places it could go next season and there’s no doubt that it will cause a lot more drama for everyone involved.

In addition to the baby-daddy storyline, this latest news is surely going to mean a lot more music from both girls next season. The Stella sisters were a huge hit on YouTube before they were ever on the show and their popularity has only grown. Their cover of “Ho Hey” became one of the most popular tracks on iTunes last season and there’s sure to be more great songs to come.