On Tuesday, Nick Cannon revealed that his wife, Mariah Carey, is made of steel after he dishes about her on-set injury. The fall was pretty serious. 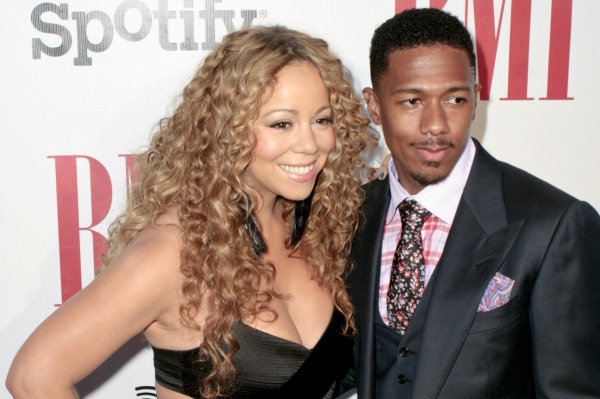 The director, and the husband, speaks! Nick Cannon is talking about his wife, Mariah Carey, and her on-set injury on Sunday. In an interview with HuffPost Live on Tuesday, the multi-talented Cannon revealed that her injury was far more serious than initially reported.

The America’s Got Talent host was directing his wife’s latest music video for the remix of “#Beautiful” with Jeezy.

Cannon told HuffPost Live, “She was on this platform and it was pretty unstable. She was in this gown and high heels. She was bracing herself for a long time. It just gave and she fell. She dislocated her shoulder, cracked a rib and chipped a bone.”

POLL: Is Mariah Carey the queen of awesomely bad lip-syncing? >>

Ouch! While that sounds like a painful injury, Carey did not want to stop the shoot.

Cannon described the scene after her fall. He said, “I’m there trying to help her up and don’t move. She’s like ‘Pop it back in, we’ve got to get the next shot.'”

Carey was sent to the hospital to receive a diagnosis on her injuries, but that didn’t keep her away from the shoot for long. She had her shoulder reset and the singer was back working within two hours.

When Carey got back to her video shoot, her husband shared what happened next, “She said, ‘Yo, let’s get it cracking!'”

Even with her American Idol judging days behind her, Carey isn’t letting an injury slow her down. She has a full schedule through the rest of the summer.

Next up, the she’ll be singing at the MLB All-Star Charity Concert on July 13 in Central Park and her next film, The Butler, with Forest Whitaker will be released on Aug. 16 in theaters nationwide.