Ever wonder what happened to Fresh Prince’s Alfonso Ribeiro, the guy behind the goofy Carlton dance? The truth is, Ribeiro is way cooler than that one dance — and he’s got a brand-new show on TV.

Related story Will Smith Shares Throwback Photos On Son Trey's Birthday: 'I was 24 When You Were Born'
Where are they now? 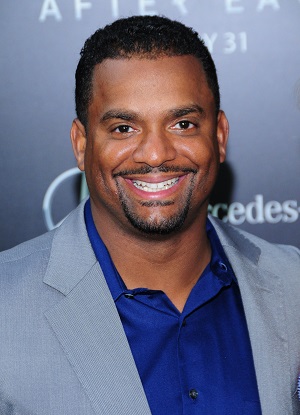 So he let loose like a goofball. Ribeiro is actually a very skilled dancer, though, and he even appeared in a commercial alongside Michael Jackson. Does it bother him that “The Carlton Dance” is what everyone remembers? No way. It’s just good to have a special place in people’s memories. But…

“I’m asked to do that dance. Every. Single. Day,” Ribeiro said, and he admitted that it gets a little old.

So, what’s he up to now? Ribeiro has been all over TV, actually. He’s also become something of a perpetual host, sharing his talents on such shows as Catch 21 and GSN Live! Now he’s hosting an all-new game/reality show. Spell-Mageddon is the hysterical and wholesome answer to all the stuff you’re too embarrassed to watch with your family. The show pits competitors against familiar-enough words that, normally, wouldn’t be much of a spelling challenge. But there’s a catch: While trying to spell the words, the contestants are also up against some… complications — like being sprayed in the face with ice-cold water, made to sniff weird smells and more. It’s not so much a spelling bee as a giant game of vocabulary-oriented Concentration.

Has Ribeiro tried his hand at the challenges?

The hilarious Spell-Mageddon airs on ABC Family on Wednesdays at 9/8c.

Now that you know what Ribeiro is up to, are you curious about the other Fresh Prince cast members? We’ve got your back!

Up next: More on the Fresh Prince cast >>