Former Today co-host Meredith Vieira gets her own talk show, to begin airing in the fall of 2014.

After co-hosting the Today show for five years, Meredith Vieira said goodbye to fans and crew in June of 2011. 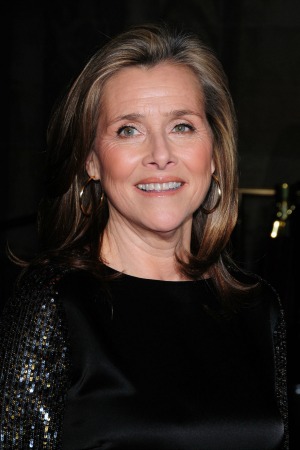 Vieira reportedly was doing well after the split, but also had big plans to branch out into other areas and has since served as a special correspondent for NBC News during their Olympic coverage. Earlier this year, she announced that she was also ending her 11-year run on the syndicated version of Who Wants to be a Millionaire, and it looks she has a very good reason.

The New York Times reports that Vieira is returning to daytime television when she becomes the host of her own syndicated talk show. NBC Universal announced that The Meredith Vieira Show will begin airing in the fall of 2014.

NBC has been after Vieira to host a talk show since late last year, but she may have been reluctant to return to the demanding schedule of a full-time series. Vieira reportedly left the Today show so that she could spend more time with her family and leave the exhausting schedule of a daily show behind her. But it looks like NBC was finally able to lure her with promises of a later schedule that an afternoon show will offer. She was also cheered on by her family to get back into the interview chair and said that she wants her new show to embody what she referred to as the “three H’s” — heat, heart and humor.

“And speaking of the heart, I want to thank my husband, Richard, and kids, Ben, Gabe and Lily, for strongly encouraging me to take this incredible opportunity. Or else they really just want to get me out of the house,” Vieira said.

“She creates an instant connection with audiences with her smart, quick-witted and down-to-earth style,” said Ted Harbert, the chairman of NBC Broadcasting about the new series. “This entertaining and substantive show will be a great way to reach her loyal daytime fans as well as new ones who will discover why Meredith is one of America’s most-loved television personalities.”

Will you be tuning in to The Meredith Vieira Show when it premieres in 2014?