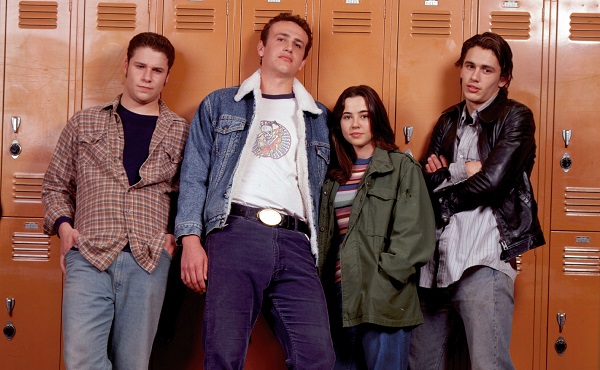 Very few of the teen-led shows that come along end up launching nearly their entire cast toward bigger and better things, but that’s exactly what happened with Freaks and Geeks. All our freaks have grown up into wildly successful actors.

Is there anything James Franco hasn’t done? The Columbia grad has not only written, directed and starred in many hugely successful movies (Oz The Great and Powerful, anyone?), but he even took on a recurring role on the soap opera General Hospital. Up next: world domination.

It’s hard to choose which of Segel’s roles we love more. His F and G character, Nick, was pretty awkwardly adorable — but then again, so is Marshall on How I Met Your Mother. The show may be about Ted’s wife, but it’s Segel (and Neil Patrick Harris) who really holds the show together. Oh, and he was amazingly funny in The Muppets.

It must have been a bit weird for Cardellini on the set of F and G. While hardly any of the cast were actually high schoolers, she was one of the oldest on set. We didn’t realize just how much of a grownup she was until she showed up on Mad Men this year. She played the part of an adulterous doctor’s wife and the mother of a possible Vietnam draftee, thereby sending everyone running to Google to find out her age.

Best news ever: Freaks and Geeks is now available on Netflix.

Not bad for a show that only lasted a few seasons! What other show’s cast members are you curious about?