Ever wonder what happened to those adorable nerds on Freaks and Geeks? Here’s what Samm Levine shared exclusively with SheKnows, plus a look at what’s up with the rest of the cast. 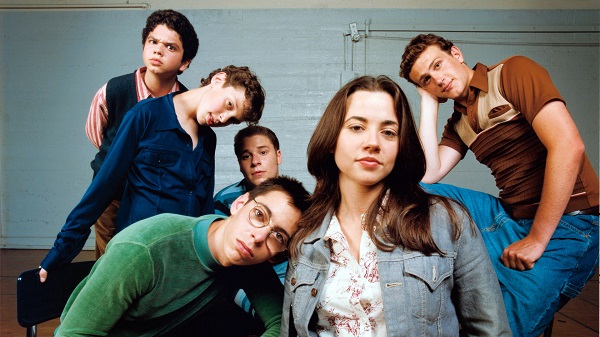 Samm Levine may have been playing a high schooler on-screen in Freaks and Geeks, but he was actually already out of school when he landed the role. What was he like in high school?

“A non-popular one. Shocker!” Levine joked.

Sounds a little like his character, no? That hasn’t held back Levine from being a successful actor, though. The 31-year-old has 71 credits to his name on IMDB. Most recently, he starred in the indie film Sidewalk Traffic (which you can support via its RocketHub page). He also starred in the amazingly awesome yet sadly canceled Do No Harm.

So, what’s the difference between doing movies and guest appearances and taking on a role in a series? And which does Levine prefer?

“When you’re just doing one episode of an existing show, you’re just a hired gun. You just come in and you get to hang out and be a visiting family member for a week,” he explained.

It’s not bad, but it gets better when you become a regular, he said.

“When you’re doing a show as a regular, then you really develop a family feel with everyone you’re working with because you know at least you’re going to be there as long as the show is going to be on. And you never know how long that could be — it could be years. So you always want to try to build the best relationships possible with everyone you’re working with,” he said. 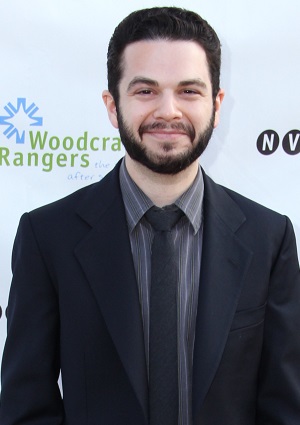 That sounds like the nice-guy approach, and it’s far from the Hollywood horror stories you often hear about some actors. Maybe that’s why Levine’s had such steady career thus far — he just wants to get along!

His young-looking face might have something to do with it, too, though.

“It helps and it hurts,” he said. “The last few years have been a little tough because I look as young as I do.”

“I actually have a full beard right now, [and] I’ve never been allowed to grow one [before]… So, for the first time, I’ve allowed myself to grow a really manly beard. So hopefully, that will help in the eyes of some casting directors.”

That’s one way to keep the typecasting at bay. Maybe we’re doing a little typecasting of our own, but we think Levine seems pretty smart, just like his F and G character.

He also had some really great advice for moms of wannabe entertainers.

“I’m happy to say that [becoming an actor] is not the same as it used to be,” Levine said. “When a kid says, ‘Hey — I think I wanna be in the entertainment industry,’ the mother can say, ‘Great. For your birthday, we’ll buy you a $300 camera and you can shoot your own stuff.’ And that’s something that was not available to would-be actors or filmmakers or anything… even 15 years ago, the ability to write, produce and shoot your own stuff and then put it on the internet and see if anyone wants to watch it. I encourage parents to take advantage of that easy out.”

Want updates about your favorite TV shows sent directly to your inbox? Sign up for our SheKnows newsletters! >>

Hmmm… We all know a couple of kids who would be happy to settle for that compromise. Maybe we’ll add in the complete Freaks and Geeks collection so they know who to thank for the idea, too.

That’s what Samm Levine is up to, but what about the rest of the Freaks and Geeks cast?

Up next: More on the cast of Freaks and Geeks >>