Jay-Z took to Twitter on Monday to answer fan questions and offer advice on subjects ranging from cereal to career choices.

Want to know how to become great at what you do? Looking for answers about how to be the best 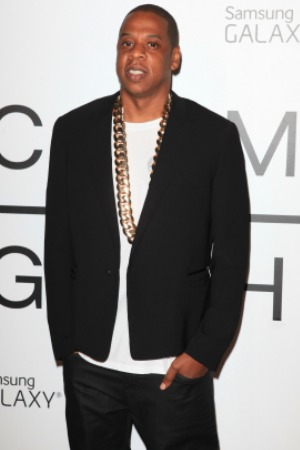 entrepreneur you can be? Then you might want to check out Jay-Z’s Twitter page from Monday, July 8.

The rapper, who normally doesn’t stay on Twitter for very long and has never answered more than a few questions at a time, went on a binge yesterday. Answering questions and offering advice, Jay-Z talked to fans for hours. It all started at about 9:00 a.m. when Jay-Z answered a fan’s question about T-shirts and went on from there.

The first question came from @brianfagioli: “Why do I care that you wear Tom Ford? I wear Hanes pocket t-shirts… should I write a song about it?”

Jay-Z’s response? A resounding “YES.” It should be noted that he never actually answered the questions about the T-shirts, but it didn’t look like Brian minded the evasion.

Early on in the day, one fan didn’t believe it was actually Jay-Z responding to tweets, but he quickly put that rumor to rest.

Throughout the day, Jay-Z ended his tweets with either the hashtag #factsonly, or typed the words out in full, apparently trying to show that everything he said was the truth. He also ended a lot of them with the phrase “my laugh” when he found a fan’s comment particularly amusing.

As the day wore on, some of the tweets hit a more inspirational note as Jay-Z answered questions about what inspired him to rap and gave advice on how to be great.

He even offered advice to one fan on how to become an entrepreneur.

When all was said and done, Jay-Z gave one final message to his fans, leaving them all waiting for the time when he would spend the day on Twitter with them again.