The Breaking Bad storyline doesn’t give it to you easy. It never has, but don’t worry. We’re here to help you catch up or review before the show returns with some helpful GIF action along the way. 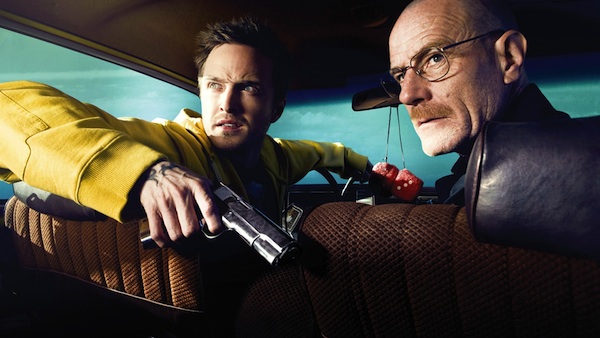 Man, time flies. Unless you’re a Breaking Bad fan, that is. Then you know what it is to suffer. The show went on break mid-season last summer, splitting its final Season 5 into two parts. Now the time has finally come for the crystal meth madness to come to a close. To get you in the spirit, we’re catching you up with highlights from before the show took its yearlong break.

4. Lydia has gone from wild child to chill drug distributor

6. Gus’ and Hector’s deaths ensured Walt was the only drug lord in town

7. Walt thinks he’s off to a quieter life

8. Skyler shows Walt a storage unit of cash as a way to get out

10. Walt is past being redeemable