Sir Elton John doesn’t have many down moments in his life, and he seems to like it that way. So he’s upset his infected appendix could put a halt to months of touring.

Related story Prince Harry & Meghan Markle’s Heartfelt Praise for Elton John: ‘Thank You for Being a Friend to Our Kids’ 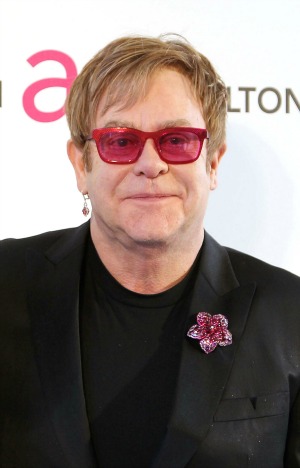 Elton John canceled an important show Friday — a rarity for the singer, but it looks like he had good reason. John announced on his website Tuesday that he is suffering from appendicitis.

“Sir Elton is currently undergoing a course of intensive antibiotics and is expected to undergo surgery in the UK in the coming weeks, once doctors can be confident they have sufficiently reduced toxins within the inflamed appendicitis site,” his website said.

The 66-year-old singer was told by his doctors he should postpone the dates from his upcoming tour. According to Reuters, this includes dates in Italy, Germany, Spain, France and Monaco.

“Elton is incredibly disappointed to postpone these tour dates,” a spokesperson told Reuters. “To know that he made such superhuman efforts and continued to perform to thousands through his illness only confirms his dedication to his European fans.”

The Hyde Park date was especially important, as John was supposed to play along with fellow musicians Ray Davies, Nick Lowe and Elvis Costello. According to the Guardian, after John pulled out of the show, the promoter, AEG Live, decided to make it free to all attendees and refund those who had already bought tickets.

“We certainly wish Elton a speedy recovery and know that he would have hated for us to cancel the whole day’s events because of this,” said Rob Hallett with AEG Live.

John’s website also said the singer wouldn’t be back on tour until he is “fully recovered” from the surgery and any side effects or complications. He regularly performs more than 120 concerts each year, and it sounds like he’s disappointed to be sidelined like this.

John is currently scheduled to tour for almost all of September and October, and much of December.

“He is eager to be back on top form and return to play the remaining shows starting in early September 2013,” the spokesperson said.

In 2012, John also canceled numerous dates due to a respiratory infection and food poisoning. According the Guardian, in 1999, he found he had an irregular heartbeat and had a pacemaker fitted.