Toni Braxton has finally settled her bankruptcy debts, but she is not completely out of the deep end yet and her music catalog could still be at risk. 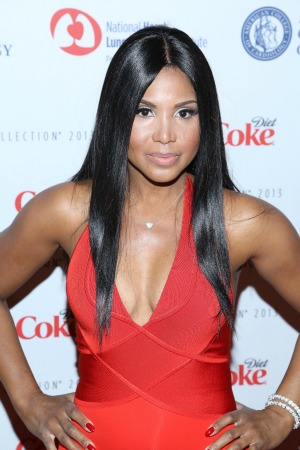 Toni Braxton’s financial nightmare may be coming to an end. She has finally managed to settle her bankruptcy debts and smooth out most of her legal and monetary obligations, but not everything is quite settled.

Braxton filed for insolvency for the second time back in 2010, claiming she had debts that were as high as $150,000, but her history with bankruptcy dates back to 1998.

According to legal documents that were obtained by TMZ, the “Un-Break My Heart” singer had come to an agreement with her trustee to buy back some of the personal property that she had lost and to pay $5,000 a month for 15 months ending with a final payment of $50,000 — which she failed to make.

However, the singer and the trustee have finally come to an agreement that will see Braxton pay back the $50,000 that she owes, including the sum of $100,000 from the $754,000 earnings that she made from overseas performances, to finally settle her debts once and for all!

She originally did not want to part with her overseas earnings, claiming she was legally entitled to keep all of the money since the performances took place after she had filed for bankruptcy. Needless to say, the trustee disagreed with her and claimed the deal had been made beforehand and that the singer should fork out the cash.

A little more good news for Braxton — it was agreed that she would be able to buy back the copyright of several of her songs for the sum of $20,000. However, they will still be going to auction on July 15 and she will only be able to buy her copyrights for that sum if she does not get outbid.

It seems that bankruptcy can hit anyone, even if you are a superstar who has sold more than 40 million albums!