Breakups are never easy and Nicole Scherzinger has admitted that they “suck” after recently listening to an emotional X Factor UK audition in Cardiff. 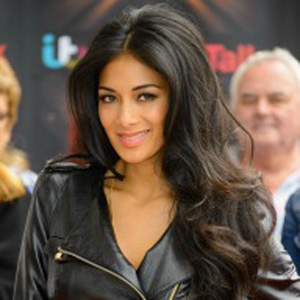 After a recent performance by a hopeful auditioning for the X Factor UK, an emotional Nicole Scherzinger told the contestant, “It pulled on my heartstrings” and “It sucks doesn’t it? Really sucks,” The Sun reports.

The reason for all this emotion is that the former Pussycat Doll singer is experiencing her own heartache, having recently split from Formula One racing superstar Lewis Hamilton, after a five-year relationship.

It is rumored that the romance ended because the pair were not able to spend enough time together because of their busy and conflicting schedules.

An insider told The Sun that, “Both have supported each other in their careers and will continue to do so.” The insider said the reason for the split was due to “the nature of their work,” which “ultimately cost their relationship.”

The couple made their relationship public in 2008 and whilst they have had several short separations during their five-year relationship, the news has come as a shock. It was suspected that marriage may be fast approaching for the couple after Lewis told a tabloid paper that he would hopefully be planning to propose within the near future.

An insider reported to the Daily Mirror, “They’d been talking about marriage so you can imagine how upsetting this whole thing has been for her.”

At least Nicole has her work to keep her busy as she is a judge on the X Factor UK. She has returned to work straight after the split with fellow judges Sharon Osbourne, Gary Barlow and Louis Walsh to support her.

“Throughout the day she was showered with presents from contestants after celebrating her 35th birthday during the week,” a source revealed. Feel better, Nicole!