In this episode of Switched at Birth, called “Ecce Mono,” everything is turned upside down in an alternate reality that reveals what would’ve happened if everyone had found out about the switch when the girls were 3. 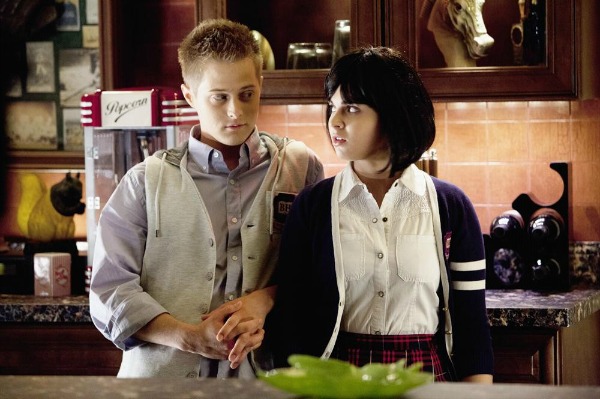 I remember quite a few years ago watching an episode of Friends where Phoebe discovered that her mother never let her watch the endings of sad movies. So she went off on a binge and watched every movie that her mother had cut off and discovered just how sad all of them were. She later told everyone that she couldn’t even finish It’s a Wonderful Life and felt like it should’ve been called It’s a Sucky Life and Just When You Think It Can’t Suck Anymore It Does.

Why did I tell that story? Because I sort of felt like Phoebe as I watched this episode. Not that it was sucky — not at all. But because it seemed like the more we found out about what life would’ve been like in that alternate universe, the more it became even worse than before.

The alternate reality came thanks to the heart attack John (D.W. Moffett) suffered at the end of last week’s episode. Apparently the big fight he had with Regina (Constance Marie) was on his mind as he lost consciousness. He said that had he known about the switch when the girls were 3 years old, he would’ve fought to keep them both, and it was downright scary to see the chain of events that happened after they won that court battle. Everyone was nearly unrecognizable: Daphne (Katie Leclerc) was the naughty girl who wasn’t very bright and resorted to sex to get a guy she liked, while Bay (Vanessa Marano) was the “downer girl” who never felt like she belonged in her own home. Toby (Lucas Grabeel) was affected too, his gambling problem growing worse than ever without Daphne there to stop him like she did in the real world.

Even Kathryn (Lea Thompson) and John didn’t escape a harsher reality. Trying desperately to make up for the fact that he missed the first three years of her life, John lavished attention on Daphne and let her get away with almost anything. Kathryn, feeling neglected, ran to the arms of another man — none other than Chip Coto.

It was all almost too horrible to bear and then it got immensely worse when the girls went looking for Regina. Finding out that she was dead was a huge shock. After that, John had his heart attack again, only that time it happened without Regina there to save his life. When he woke up and thanked God she was there, I nearly lost it.

As hard as it was to watch, maybe we the audience needed to see that alternate reality as much as John did. For those who were wondering how things might have been different, now we know and we are grateful that they turned out the way they did. 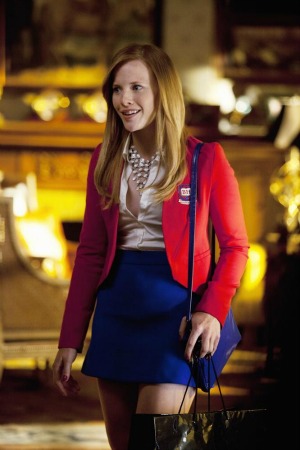 Regina saying goodbye to Daphne. That’s when the tears started.

Seeing things from Daphne’s point of view and the silence as her parents introduced themselves.

Daphne trying to sweet-talk her way out of skipping school and charging her parents’ credit card.

“She did not just play the cochlear card!”

The look on everyone’s faces when they told Daphne that she had to take Bay to the party.

Daphne not knowing what the butterfly effect was. Oh, dear.

Bay pointing out that Daphne was the most miserable person she knew, she just hid it behind $400 sunglasses. Wow. Just, wow.

The entire conversation between Bay and Emmett. How is it possible that he got even cuter and sweeter in this reality?

Finding out that Kathryn was sleeping with Chip. Whoa!

Bay and Emmett learning to communicate. Too adorable for words.

Daphne breaking down once she got to her room.

“It’s just a little poker game.”
“With the Sons of Anarchy?”

Bay showing Daphne the picture of her and Regina.

“In case you haven’t noticed, our daughters are a mess.”
“And banging Chip Coto is going to fix that?”

The girls meeting their grandmother.

Literally gasping out loud when the girls discovered that Regina was dead.

Daphne pointing out that maybe if John had let her get to know the girls, she would’ve gotten better.

“Thank God you’re here.” — Four words that made me bawl so hard.

What did you think of this peek into an alternate reality?