Mariah Carey took a little topple on Sunday night while filming her new video for the song #Beautiful. True to the professional that she is, she was back at her hectic schedule soon after. 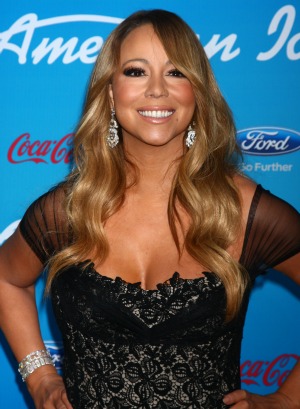 Mariah Carey found herself in the hospital Sunday after an accident on the set of a music video in New York City.

Is Mariah Carey the queen of awesomely bad lip-syncing? >>

“Mariah injured herself while filming a video with Jeezy for the remix of #Beautiful, directed by her husband Nick Cannon,” Carey’s rep Cindi Berger told CNN. “She was taken to hospital late last night, where doctors reset her shoulder. She is fine.”

A source told the New York Daily News that Carey was wearing high heels and “toppled over” and dislocated her shoulder. She went to the hospital where it was reset and she was released.

The FDNY said an ambulance was not called, because Carey wanted to keep the incident private.

Who are the most powerful working moms? >>

Carey performed the song on the BET Awards in June, and has released numerous remixes, including a “Spanglish” version with Miguel. Her new album was supposed to be released in July, but the singer has delayed that.

“While making this album, I got so immersed in the creative process that I just don’t feel I would be doing it justice to release it on 7/23,” she said on her website. “I’d rather not have to exclude meaningful songs. I want to give you this album as it’s meant to be heard. When I’m ready, you’ll be the first to know!”

Until Carey announces the new release date, she plans to stay busy. She is performing at the MLB All-Star Charity Concert on July 13 in Central Park, alongside the New York Philharmonic. She will also be appearing in The Butler, a film about Cecil Gaines, the man who served as the White House butler under eight United States presidents.

Carey will star along with Forest Whitaker, as well as some famous faces playing the eight presidents, including Liev Schreiber, Robin Williams, John Cusack and Alan Rickman.

The Butler will be in theaters Aug. 16.