USA’s Burn Notice becomes darker and more serialized in its final season, getting even better in the process. 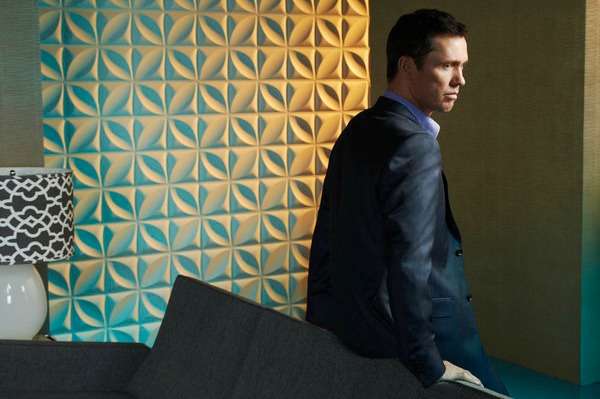 USA has made a reputation for itself as the “blue skies” network. It was the place to go, especially during the summer, when you wanted light and fluffy TV. Recently, the skies on the network have been going a bit gray, particularly during the seventh (and final) season of Burn Notice.

In the beginning: Skies were blue, bikinis were small

When Burn Notice first began, it was a pretty light show. It was all about former spy Michael Westen (Jeffrey Donovan) driving around Miami in his tricked-out Dodge Charger (which is just as sexy as any of the actors on the show) and using his mad spy skills to save people. All the while, he was trailed by his on-again-off-again girlfriend Fi (Gabrielle Anwar), his best buddy Sam (Bruce Campbell), and even his mom (Sharon Gless). A couple of years ago, the team grew by one more when Jesse (Coby Bell) joined the ranks as fellow former spy that Michael inadvertently got kicked out of the spy game.

Between the good-looking cast, the sizzling beach setting, and enough bikini-clad beauties to make a teenage boy blush, Burn Notice was the foundation on which USA’s “blue skies” was built.

Burn Notice Season 7, Episode 2 recap: Echoes of the past play in the present >>

All of that changed when the show began airing its current season and made some major alterations to the formula in the premiere episode. Where once the seasons had only a smidgeon of serialization and mostly focused on Michael and company’s case of the week, now we’re getting a very heavy serialized season that is focusing only on Michael. With those few changes the series has become better than ever.

So far this season we’ve seen Michael bury himself deeper into an undercover operation than ever before, to save the people he cares about. We’ve watched as his new assignment tore all of his relationships apart (including the one with the woman he loves). We’ve seen one character make a sacrifice that I doubt anyone saw coming in the most recent episode, and we’ve even been given a glimpse at how Michael and Fiona first began their romance. There has been emotional trauma, family drama, romantic breakups, and a fair more blood than this show has ever spilled in previous seasons.

If you’ve never tuned into Burn Notice because you’ve always assumed that it was too light for your tastes, you might want to take the plunge for Season 7. If you’ve been a fan since the very beginning, then I hope you’ve enjoyed the ride so far. I, for one, can’t wait to see how much farther the show will go as it approaches the end of its final season.

What do you think of the final season of Burn Notice so far? Have you enjoyed the darker direction the show has taken?