Sure, she’s known for Twilight and her new hit show Under the Dome, but Lefevre has a long list of credits for being only 34. 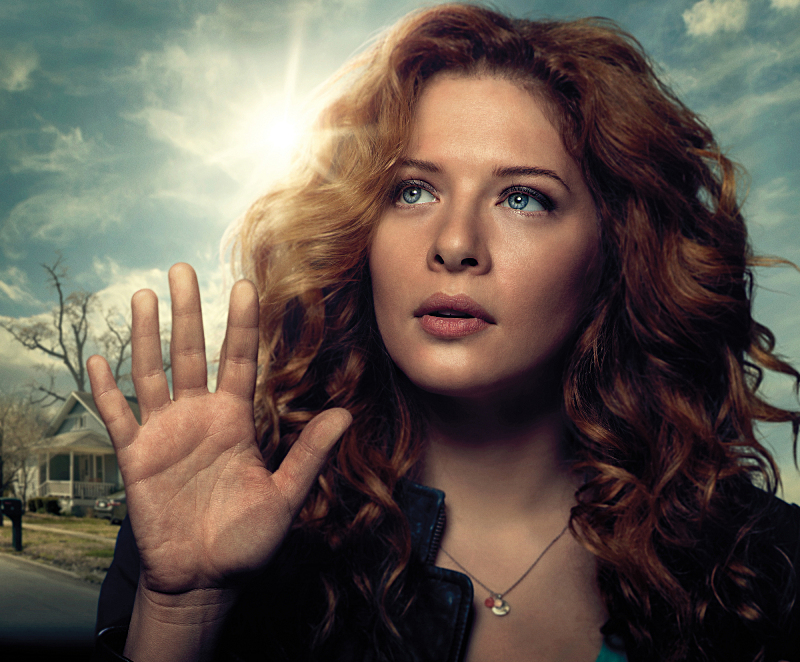 Known for her thick red curls and confident attitude, Rachelle Lefevre has quite the résumé. Before she was trying to bite Bella, Lefevre was adding to her long list of TV and movie creds. Here’s a look at her top picks:

This show was canceled after only one season, but we were still fans. (Still can’t believe they canceled it!) It was about a group of doctors working at a remote clinic in the South American jungle. In the series, Lefevre played a doctor with a bad heart who is in an on-again off-again relationship with head doctor Ben.

Check this film out in theaters right now. It’s about a Capitol policeman named John Cale who has to save his child and the president when the White House is taken over by heavily armed paramilitary invaders. Lefevre plays John Cale’s ex-wife. It also stars Channing Tatum and Jamie Foxx. According to Rotten Tomatoes, 73 percent of moviegoers enjoyed the film, though critics aren’t as sold.

3. Confessions of a Dangerous Mind

Based on the Chuck Barris memoir, in which the game show impresario claimed to also be a CIA hit man, this George Clooney film is not to be missed. Lefevre joined the powerhouse cast (including Drew Barrymore, Sam Rockwell and Maggie Gyllenhaal) as Tuvia, who is seduced by Barris.

Friends experiencing relationships. What more do you need? This quaint and likable show followed Brian as he is the last man standing while all of his friends couple up. Lefevre played a stripper named Heather who is married to Brian’s friend Adam.

Please tell me I’m not the only one who remembers this show. Popular high-schooler Tommy is bitten by a werewolf a week before his senior year and has to deal with the consequences. In the first season, Lefevre played Tommy’s love interest who didn’t know he was a werewolf. He had a big crush on her but would “wolf out” when they were supposed to be hanging out, and then he’d have to ditch her.