Mumford & Sons’ video for their new single, ‘Babel,’ is strange, spinning simplicity. The added cheekiness is also a nice touch. 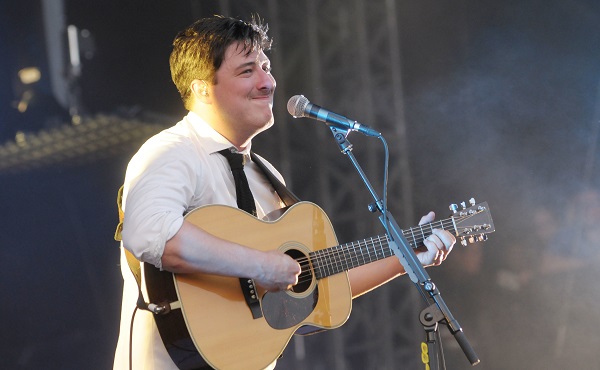 Mumford and Sons’ new single off their sophomore album, Babel, is… ‘Babel!’

Mumford and Sons is known amongst their fans for playing a few unreleased songs during their sets, as well as songs new fans will recognize. Their previous single, ‘Lover of the Light,’ has appeared on setlists since (to the best of my memory) May 2010 despite it not being on their first album, Sigh No More. Yet, because they played it so much, many fans were still able to sing along to the words during the tours leading up to Babel‘s release. The song ‘Babel,’ however, didn’t get that same treatment and, for many, the first time they heard it was on the day they bought the new record. ‘Babel’ just didn’t need that kind of test run: The boys of Mumford and Sons obviously knew they had a winner the minute they wrote the song.

Mumford & Sons’ bassist given ‘all clear’ after brain surgery >>

As for the exact meaning of the song, that’s debatable. It’s certainly inspired by the Biblical story of the Tower of Babel, the idea being that we shouldn’t let our dreams become too lofty. When bassist Ted Dwane spoke to Rolling Stone about the song, he talked about how the Tower of Babel’s lofty aspirations will always lead to discontent — much like how landing on the moon only left us wanting to go to Mars. But, as for what meaning the band put into the song, Dwane remained tight-lipped.

“I think it’s a great story, the story of Babel. I think anyone can direct it as an analogy for a lot of different situations. Honestly, we’d like not to be too descriptive with the songs and their meanings,” he told Rolling Stone, adding, “It feels like an important song to us right now.”

So, what kind of video treatment do you give to a song with a nondescript but obviously very important meaning? You give it something simple and nontheatrical… if a little bit mind-boggling. Behold the video for ‘Babel.’

For those who weren’t counting, the video shows: 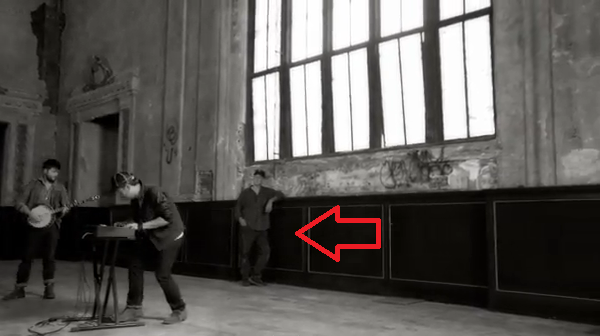 And, in case you caught it, I’m 95% sure that the extra dude leaning against the wall at 2:11 is former fiddle player for Cadillac Sky, Ross Holmes. Since the disbanding/indefinite hiatus of Cadillac Sky, Holmes has taken to flying under the wings of Mumford and Sons and starring in their back-up band (which also includes some impressive brass players).

With all that spinning, it feels a little like waltzing with my favorite band. Still, the best moment isn’t Mumford’s intense stare, Holmes’ random appearance or any of Lovett’s head-banging. I daresay that the best moment of the video is when Dwane and Marshall sync up their dance moves on the stairs. Hopefully, after his recent operation, Dwane will be back to those silly antics during their current tour.

Mumford and Sons have always made a point of saying that they’re not actors, but musicians and they’ve shied away from doing any videos that are too over-the-top. Once again, they’ve hit it right on the money with an entertaining video that doesn’t distract from the quality or meaning of their music. Well played, boys.