Country singer Randy Travis was hospitalized on Sunday with heart problems. He is listed in critical condition. 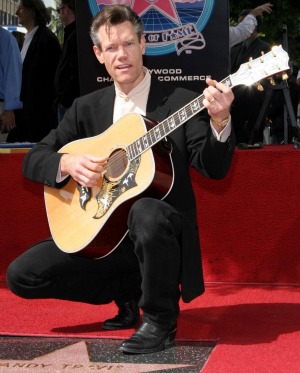 Randy Travis has had a rough couple of years. From alcohol and arrest issues to his divorce, it hasn’t been easy for the country singer. Now, he’s fighting to stay alive.

According to Travis’ publicist, he was admitted to a Texas hospital on Sunday with complications from recently acquired viral cardiomyopathy. His condition is listed as critical.

WebMD.com describes cardiomyopathy as a “heart muscle disease” that “is a type of progressive heart disease in which the heart is abnormally enlarged, thickened and/or stiffened. As a result, the heart’s ability to pump blood is weakened, often causing heart failure and the backup of blood into the lungs or rest of the body.”

There is no further information regarding his hospitalization.

Travis was in the middle of a tour that was scheduled to continue through October. He is supposed to be in Deadwood, South Dakota on Wednesday for a performance.

Most embarrassing celebrity moments of 2012 >>

The 54-year-old has long-struggled with alcohol and he pleaded guilty in January to driving while intoxicated. The August 2012 incident found the musician naked in his vehicle after veering off the road. He was sentenced to two years of probation in addition to a $2,000 fine and a 180-day suspended sentence.

The “Forever and Ever, Amen” singer had put his life back on track after that arrest.

His lawyer, Larry Friedman, told People back in December, “Randy is doing great. Life is good. He’s given up drinking alcohol. He’s drinking eight glasses of water a day or more. He’s on a strict exercise regimen… He’s in the best shape he’s ever been in in his life.”

Travis most recently was nominated for a CMT Music Award for Collaborative Video of the Year for “Three Wooden Crosses” along with the Avett Brothers.