Lauryn Hill began the final step in her tax evasion case with the IRS. She headed to federal prison on Monday to start a three-month sentence. 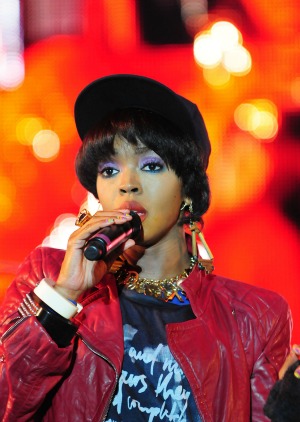 In May, Lauryn Hill resolved her tax evasion case with the IRS after failing to pay taxes for the years 2005-2007. She agreed to a three-month prison term which began on Monday.

The Associated Press reported that the singer checked into a federal prison in Danbury, Connecticut, where she will serve her time at a minimum security facility. According to Ed Ross, a spokesman for the Federal Bureau of Prisons, her accommodations are dormitory-style and Hill is expected to work an assigned job in food service, maintenance or landscaping.

Her lawyer originally sought probation for her violations in order to keep her working to help pay off her tab. However, the court decided to give her 90 days in jail in addition to another 90 days of home confinement following her prison sentence. The former Fugees member will also be placed on parole for one year.

It was her unpaid state and federal taxes from 2008 and 2009 that swayed the judge into giving her some prison time.

After her sentencing this spring, the 38-year-old took to her Tumblr page to discuss her upcoming jail term.

She wrote, “I shuddered during sentencing when I kept hearing the term ‘make the IRS whole’… make the IRS whole, knowing that I got into these very circumstances having to deal with the very energies of inequity and resistance that created and perpetuated these savage inequalities. The entire time, I thought, who has made black people whole?!”

The mother of six has paid her $1 million tax bill in full and is now serving out her punishment as a result of her past actions.

Hopefully, Hill will remember in the future that there are two things you can’t avoid: death and taxes.