A man stands up. A man doesn’t screw up, which partly explains why Junior is so messed up. 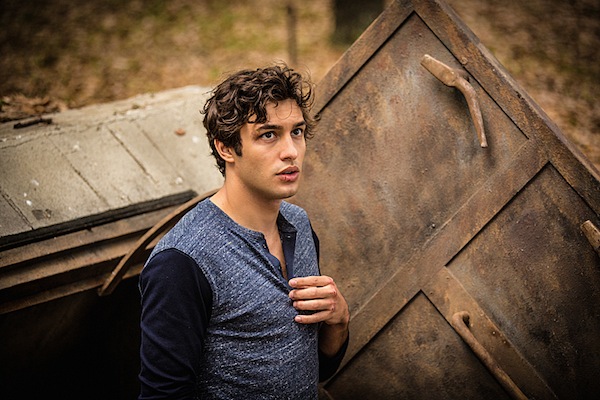 OK, it still doesn’t account entirely for his psychopathic behavior, but it makes us feel a little bit sorry for Junior. Big Jim sucks. Sure, it’s a common theme in shows for the father to be overbearing, encouraging his son to step up and be a man, but on Under the Dome Big Jim takes it to a whole new level of nasty.

Get out of town

The teens start off Monday night’s episode. The apps and camera on Joe’s phone still work, even though no one else’s is functioning without a generator, which Joe has. Norrie finds him and asks if she can stay at his place. She pretends not to know her moms.

Big Jim takes charge regarding Paul’s arrest. He’s worried about the town taking justice into its own hands.

Inside the jail, Paul acts like he’s sick. When Linda tries to help, Paul attacks her and locks her in a cell.

Junior arrives at home, and Big Jim wants to know where he was during the fire. He tells Junior not to squander the opportunity to step up to the plate in a time of crisis.

Angie gets a hold of a radio somehow and is listening to the local broadcasts while Junior isn’t there. Junior thinks Angie is acting angry toward him because of the dome. Angie suggests Junior try the cement factory tunnels to escape the town. Finally, the girl plays along a bit and suggests that if Junior were to get out of the town they might be able to start over together.

Big Jim visits Lester at the hospital. They were in some sort of drug deal together. That’s the evidence they destroyed at Duke’s house. Now Lester and Big Jim have to trust each other not to spill. (So far, the trust thing isn’t going so well.)

Big Jim finds Linda locked in the cell, and she tells him about Paul’s escape. Big Jim tries to tell Linda what to do but she snaps at him that he doesn’t control her. Go, girl! Although, talking back to Big Jim doesn’t lead to good things, as we’ve learned.

Alice and Carolyn haven’t heard from their daughter. Carolyn is asking around town but receives a cold reception from the townsfolk when they discover she’s in a same-sex relationship. 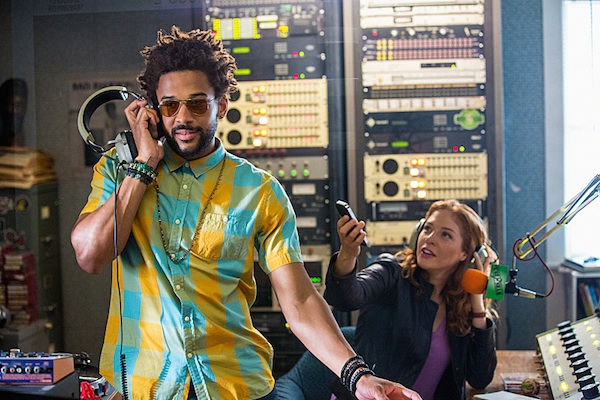 Julia sees Junior walking somewhere quickly and asks him where he’s going. He says he’s just doing some hiking but is clearly defensive. Julia follows him to the cement factory tunnels. The dome reaches all the way down to the tunnels. Junior brings a flashlight and it explodes when it gets too close to the tunnel. Julia witnesses everything. Junior loses his cool and slams against the dome until his hands bleed.

Julia has a box of matches, and they use the direction of the flame to lead them out of the tunnel. She sympathizes with Junior because she’s made mistakes of her own. Turns out, she was fired from her last job because she leaked forged documents during a political campaign. She tells Junior everyone can learn from their mistakes.

Junior tells Julia that Barbie (Mike Vogel) beat him up for no reason. He says no one really knows who Barbie is. Why was he in the town when the dome fell?

There’s a new sheriff in town

Big Jim announces Paul has escaped to the town. He asks everyone to stay in their homes, and the men begin to offer their help to the search party. After seeing Barbie in action with Paul, Big Jim asks for help with the search party, and Barbie agrees.

Big Jim talks to Barbie about being in the military, just as the search party catches up with Paul, who starts shooting. Big Jim doesn’t care if they take Paul out or bring him in.

Big Jim wants to finish Paul, and Barbie knows it’s so Big Jim can prove he’s a hero. Big Jim says sometimes an example needs to be made to command respect. Paul comes up behind them and holds a gun on Big Jim. Linda shows up just in time and shoots Paul. Big Jim apologizes to Linda and says Duke would be proud of her. Big Jim refers to Linda as the new sheriff, and she seems to like the title.

Norrie’s mom Carolyn finds her at Joe’s house. Norrie says goodbye to Joe and quickly holds his hand, which causes both of them to pass out and start mumbling about stars falling again.

Julia notices Barbie’s hands are bruised and becomes even more suspicious after what Junior told her. She snoops through Barbie’s things and finds a map with coordinates marked with an X.