It’s been a fun two years for the couple, but it looks like their differences and time apart was just too much to make it work. But who made the final call? 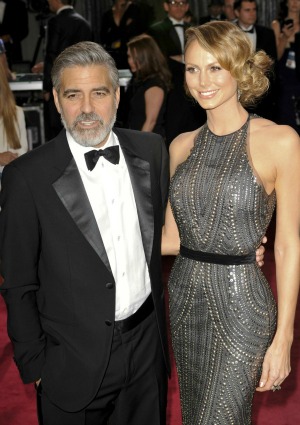 The world’s most eligible bachelor may once again be a single man. People magazine is reporting that George Clooney and Stacy Keibler have officially ended their relationship.

“Stacy called it quits. She wants to have children and a family someday. She knows where George stands on that,” a source reportedly told People. “They talked and they quietly stopped being a couple several weeks ago.”

The couple has been dating for two years and has faced break-up rumors before. But this time, it seems like it’s the real thing.

“They talk every day,” the source added. “They were friends before they started dating and they’ll be friends after. It was a friendly [breakup].”

The couple not only had to deal with their differences, but also the time they spent apart with their hectic careers. The last time they were publicly photographed together was in March in Berlin, where Clooney was filming. Keibler is also staying busy with her career. She’ll be premiering a new show, Supermarket Superstar, on July 22.

“My schedule is keeping me pretty busy until the show airs and then hopefully I’ll get the chance to go to Europe,” she recently told People.

Clooney and Keibler were both spotted out on July 4, but on different sides of the planet. Clooney was out on his boat near his home in Italy, and Keibler was out with friends in Los Angeles.

“They haven’t seen each other in a while and they’ve both been working so much, so in recent months, they’ve started growing apart,” another source told People.

The split means Clooney is officially back on the market, but it still doesn’t mean he has time for a relationship.

The 52-year-old is staying busy and is currently working on three films, including Gravity, due out Oct. 4, 2013. The film co-stars Sandra Bullock and is about astronauts attempting to return home from space.