Rayna and Juliette back at war? Will and Gunnar become friends? Scarlett going on her own journey? Juliette looking for love? Check out some new spoilers about Nashville, Season 2. 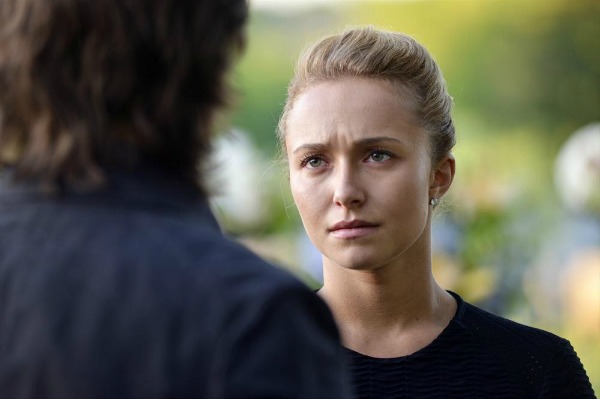 There are still a couple months left before ABC’s Nashville comes back for Season 2, but in the meantime here’s another batch of tantalizing spoilers. Showrunner Dee Johnson opened up to TV Guide about what fans can expect when the show returns this fall.

Can Will and Gunnar recover their friendship?

An interesting storyline last season involved Will basically coming out to Gunnar and the rift that the stolen kiss put in their friendship. Johnson revealed that things between them will smooth out and that Gunnar will end up being a good friend for Will. But that doesn’t mean Will won’t have other challenges to overcome next season. “Ultimately, Rayna is going to have a working relationship with [Will] and it’s wrought with all the complications that the audience is aware of and Rayna is not.”

Will Scarlett choose to go back to Avery?

Avery had a rough year in Nashville and Johnson said it taught him a lot. “He learned a lot of lessons and the thing about Avery that made him really attractive to Scarlett when they first got together is that he really is an artist. Getting smacked down a bit really taught him a lesson and reconnected him with the actual person that he is and took him out of the ‘who he’s going to be.’ So he’s dealing in a much more honest place.”

Does that mean Scarlett is going to end up with him? Don’t be so sure. “Avery is her first love and there’s always a special place for one’s heart for someone like that, but Scarlett is going to be very much on her own journey this season,” Johnson said. “But that said, she has strong ties to both of those guys.”

Juliette (Hayden Panettiere) and Rayna (Connie Britton) may have had a nice little moment at Jolene’s funeral in the Season 1 finale, but don’t expect the two of them to end up braiding each other’s hair and going to get manis and pedis together. Johnson said their closeness at the funeral “was a moment in time and a place of vulnerability for both of them.” She also added, “As the season begins let’s just say they’re not going to be holding hands and skipping in a meadow. They’re oil and water and they always will be, but I do think they come to appreciate each other during the course of the season and maybe even unite in some fashion.”

Will Juliette ever find true love?

Most fans have a love/hate relationship with Juliette because she can be a conniving brat one second and completely vulnerable the next. The writers apparently did that on purpose. “As awful as she can be, we were able to humanize her and make you feel and empathize with her situation,” Johnson revealed. “After you cry for her, you can turn around in the next scene and just smack her. Growing up with that mother, she didn’t have such a great start at life and wasn’t given the best tools which with to deal with problems. So I don’t know if we’ll ever see a time when she’s not screwing up something for herself.”

Juliette didn’t have much luck in the love department last year and that may have been partly her own fault. Things might just change for her in Season 2. “I don’t think somebody like Juliette is going to take a vow of celibacy,” Johnson said about Juliette’s journey next season. “In many ways, that’s one form of medication for her. She is definitely going to have her love interests and maybe some high-end players, but I also think at the core she really has never been in love and maybe during the course of the season she figures out that she is.”

Whose storyline are you looking forward to seeing the most when Nashville comes back for Season 2?