Katy Perry is known for her luscious locks, and her outrageous and vibrant hairstyles. It was no surprise she had a multimillion-dollar deal with hair product company GHD. What is a surprise is now she doesn’t. 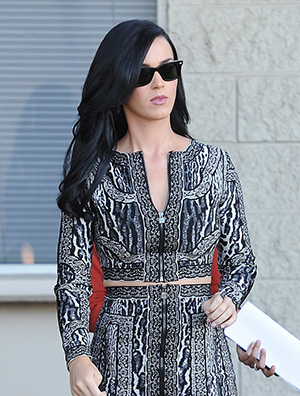 Pop star Katy Perry is widely known for her colorful and fun hair, but she is also known for her legal battle against British hair product company GHD.

Perry originally filed a lawsuit against the company in April. She claimed she and the company had a verbal agreement to extend her contract as its global brand ambassador, which never happened.

GHD responded by insisting it had no intention of continuing to do business with the singer in the future, and intended to cut ties with her as soon as her original contract ended.

The ugliness continued when Perry then filed for $6.5 million, claiming the company was apparently still using her image. Further headaches ensued as GHD decided to make a counterclaim in an attempt to block the singer’s legal bid.

The Jemella Group, which owns GHD or Good Hair Day, stated it would not renew Perry’s contract because market research suggested she was no longer as popular within Europe as she had been in previous years. Ouch!

Perry’s rep told TMZ, “Jemella’s attempt to embarrass Ms. Perry including defamatory statements about her in a public filing is shameful.”

“They’re backing out of the deal because of an ownership change, and just throwing shade to hide their bad faith.”

The numerous spectacular print campaigns for the brand, which showed Perry in various hairstyles throughout the decades may be over, but so are the legal battles.

The lawsuits have finally been settled, as both sides have decided to drop their claims and have given up the right to refile. It is unknown whether the pop star has received any of the money that she was originally claiming.

Katy has untangled herself from this lawsuit and if rumors are correct things may be heating up again with ex-boyfriend John Mayer.

Isn’t it nice when stories have a happy ending?