The rumor mills have been turning and the question that is on the tip of everyone’s tongue happens to be, “Are Kylie Jenner and Jaden Smith dating, or are they just good friends?” 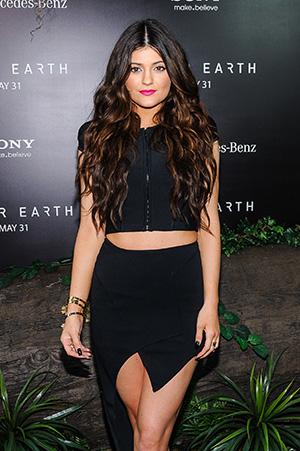 Kylie Jenner, the young star of Keeping Up With the Kardashians has been linked to After Earth actor Jaden Smith.

The pair have been spotted together on numerous occasions — shopping trips and movie premieres, and are even rumored to have held hands outside a movie theater after watching World War Z. Shortly after this event, photographs emerged of Kylie with rapper Lil’ Twist and the speculation shifted focus.

Kylie tried to end the rumors by posting a tweet that read, “Media always making it seem like I’m dating everyone I’m seen with..Makes no sense to me. Don’t listen to everything you see, people.”

Kylie and Jaden most recently celebrated the Fourth of July together at her family’s home in Malibu Beach and tweeted about the day, saying, “Amazing fourth. Couldn’t be more thankful for the people around me x.”

Although she was glad to have Jaden around her and as cute a couple as these two would make, it seems they are just good friends — for now. Jaden referred to Kylie as “one of my best friends” in an interview he gave to Wonderland magazine, and he went on to deny the rumors again when interviewed on Ryan Seacrest‘s KIIS-FM radio show.

Jaden said, “I love Kylie and I love Kendall. They’re just really good friends.” He went on to explain, “We all just kind of hang out because we live in the same neighborhood and they’re really cool girls. I love hanging out with them. They’re just friends.”

Well, that sums it up. There is still plenty of time for relationships in the future. Right now, it’s time to be a kid and enjoy great friendships and the simple things in life!