The One Direction heartthrob has reportedly ended his relationship with his Irish model girlfriend — by completely ignoring her. 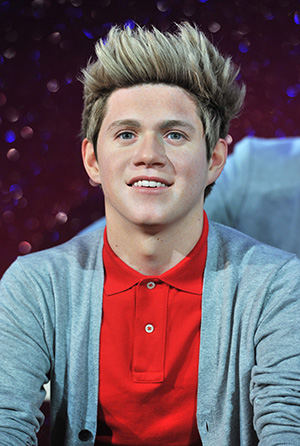 No doubt it is tough dating a high-profile, international superstar — that just about every girl wants to be with!

When you have the boy that all the girls want it comes with a price. Model Zoe Whelan found that out the hard way when she received constant death threats on her Twitter and Facebook accounts from irate One Direction fans.

The pair first became a couple when Niall took the upcoming model as his date to his brother’s wedding in March of this year.

Now it’s all over. Rumors suggest that their relationship was ending when the One Direction star apparently spent the night with another woman, Made In Chelsea star Louise Thompson.

An insider told The Sunday Mirror about Zoe and Niall by saying, “Over the past few weeks her modeling career has become huge, but Niall hasn’t been in contact to say well done. She hasn’t even had a text from him, let alone a call, for nearly two weeks.”

The source also said, “It is all over for Niall and Zoe — and it is completely because of his side of things.”

Maintaining a relationship during the pressures of a world tour has resulted in the couple’s on-again, off-again relationship being over for good — although it is a tad harsh to end it with the girl by completely ignoring her!

Dealing with a breakup is never easy, but a public one must be so much harder. The relationship may be over, but at least the increased publicity is helping Zoe’s modeling career.

Whilst One Direction fans may be rejoicing at the fact that the Irish singing sensation is now single, it’s not all good news, girls. Due to the band’s world tour, One Direction has such a busy schedule it seems there’s no time for any girlfriends. Ahh…