In this episode of The Killing, titled “Hope Kills,” Holder and Linden discovered that Pastor Mike was hiding frightening secrets, Seward was forced to deal with his imminent demise and Linden ended up in serious trouble. 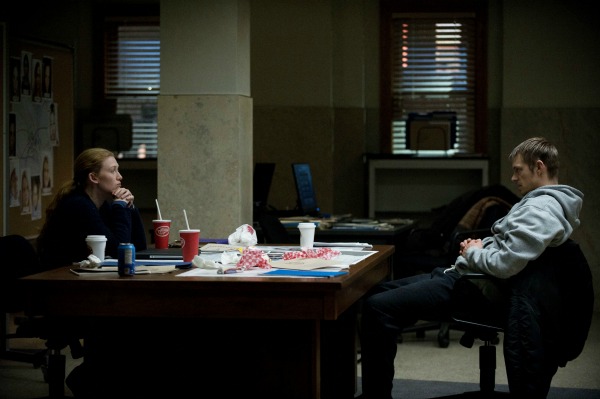 Boy, did I ever go back and forth about Pastor Mike (aka Mark Elwood) in this episode of The Killing. After last week’s episode, I was positive they were on the right trail and had their killer. But then Bullet (Bex Taylor-Klaus) acted like she was so sure they were wrong and suddenly I doubted myself. By the time they figured out he was indeed a bad man, all heck had broken loose. Lyric (Julia Sarah Stone) was missing and Linden (Mireille Enos) was being held at knife point by the man.

Does all of this mean that Pastor Mike (Ben Cotton) is the killer or could it be that there was some other explanation for his actions? Sadly, it doesn’t seem likely but there’s always that chance. If he is the killer, then the title of this episode was incredibly accurate. He was a man who opened a shelter for teens and by doing so, brought them hope. But if the shelter was simply a front so he could lure young girls away, then he used that hope to kill them. It’s awful and poetic all at once.

Speaking of awful and poetic, Seward’s (Peter Sarsgaard) story continued to break my heart in this one. I was transfixed by him as he struggled with his fate. He couldn’t escape the fact that the clock was counting down on him and it was brutal to see him go through all the steps that marked his final days. The reality of death grew on him as he went through the motions of getting on a scale so they could get an accurate measurement for a counter weight, picked his last meal and even listened to the men building his gallows. By the end, I couldn’t blame him one bit when he showed signs that it was all getting to him.

It’s hard to believe we’re only a little over halfway through the season and I can’t imagine how the next few episodes are going to drag out the rest of this story. It seemed like we found our killer and that Seward was as close to death as he could get, but we’ve still got a long way to go.

“I don’t think that man out there is looking to save anyone.” 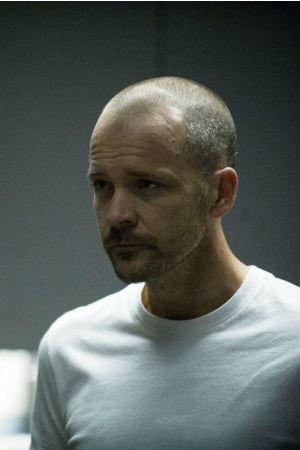 “Just ’cause he didn’t get caught doesn’t mean he ain’t a pervert.”

“I was pretending to be something that I wasn’t with you and now it’s over.”

“You decide how to exit this world.”

“Hey, what are you thinking?”
“That you’re beautiful.”

Becker reassuring Ray that if they got his weight right, then his neck would break like it was supposed to and it would be quick.

Holder offering to beat Cody’s a** for Linden.

Holder and Linden finding out that Mike Sheehan died years ago. Whoa!

“Salisbury steak it is.” — That was beyond cruel.

“Busted up your ride, racing around town like you got a mad tyte JDM.”
“I have no idea what you just said.”

“What kind of forgiveness you looking for, Pastor?”

Getting creeped out as Pastor Mike talked about what it was like to be on the run. Guess I wasn’t the only one, seeing as how Lyric got nervous then, too.

Linden pointing out to Holder that going down her path would make him lose things.

Dale telling Seward salvation was a choice, while Becker was showing his own son the gallows and telling him that right and wrong was a choice, too. Eerie how both statements echoed each other.

That unbelievably tense, yet oddly tender, moment between Linden and Skinner.

Linden looking down at the car seat covered in blood.

Are you more certain of Pastor Mike’s guilt now? How do you think Linden will get out of her predicament?